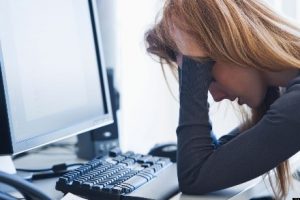 Earlier this summer, a study focusing on the link between 40-hour work weeks and cognitive decline was published, and it’s got a lot of people thinking.

The study, which was first reported by Science Alert and then picked up by various outlets, showed that people over the age of 40 actually suffer from 40-hour work weeks. Cognitive decline was significant in those that worked what we now consider to be the common work week of eight hours a day, five days a week. In fact, working anything more than a 25-hour work week was deemed to be detrimental to the workforce.

But before you ask for a new work schedule, let’s go over the study and find out what it all means.

The BBC reports that the study was conducted by researchers at the Melbourne Institute of Applied Economic and Social Research in Australia. The study had over 6,500 participants, with over 60% of them being women. All participants were aged 40 and over, held jobs, and had different work schedules. This included people who worked part time and people who worked full time.

How the results were measured came in the form of three separate tests, all of which tested a cognitive ability. The three main tests focused on memory, reading, and perceptive ability.

What remains unclear, however, is exactly how this study was carried out. While it is assumed that the participants were given the tests at specific intervals and during different weeks, the actual method remains a mystery.

This might come as a surprise to you, especially since the common work week is nearly twice as long as the new ideal work week. But it can be explained using a few key factors that I’ll share with you below.

Stress, Lack of Sleep, and How it Affects Cognitive Function

It’ll come as no surprise that stress affects cognitive functioning, especially at work. This is because stress has been known to contribute to neuron loss in the brain. This is an important factor to keep in mind because more studies are needed to understand how stress inflames cognitive decline for people working full time.

A lack of sleep is also considered to be a factor in cognitive decline. As we age, a suitable amount of sleep is needed to keep us at our best. But studies have begun to show that pulling all-nighters or working overtime decreases the white matter in the brain, which leads to cognitive decline.

A Word on White Matter

White matter is a phrase that comes up in a lot of cognitive decline studies, and it came up in this study as well. It refers to the pathways neurons use in our brain for communication, language, memory, perception, and more. It’s a vital factor in cognitive function.

This study showed that people over the age of 40 are at the risk of cognitive decline when working a 40-hour work week. However, this study only focused on that age group and did not produce results for people aged 18-40, so the results are very specific.

The takeaway is this: As humans, are we willing to risk a decline in cognitive and brain function to work full time?

This is an important question to raise. In many first-world countries, 40-hour work weeks are the norm, and as many governments raise the level for retirement — which is when various social services become available — there are serious questions raised about the workforce’s ability to operate at a high cognitive function.

But it also brings up another point: If 40-year-olds are this affected by the work week, are people under the age of 40 at risk also? Professionals often have families, which gives them extra jobs, extra stress, and could lead to some sort of cognitive decline. We will have to wait and see as new studies are conducted in this area.

As a freelance writer who works full-time, this study was interesting in that it focused on the actual consequences that working has on the brain. It’s also led me to take into serious consideration how France and Sweden are handling the new information, with both countries taking steps to lower the work-week demands for their citizens. Switzerland also has a shorter work week when compared to Western companies.

Most of all, it has caused me to look back on my own work practices. While I can control my own stress and lack of sleep, my work schedule is something else entirely. But since I’m a freelancer, I have a freedom most don’t — I can set my own hours.

For anyone who’s reading this that works 40 hours a week, it might be time to think about making a change when it comes to your career. Learn about flexible work hour options, which many organizations are introducing, and take your vacation days. You’ve earned them.

But most of all, take the time to care for yourself. No job is worth losing cognitive function.