Knowledge / Research / STUDY FINDS THAT ANTIDEPRESSANTS CAN DOUBLE PERSON’S LIKELIHOOD OF DEPRESSION AND VIOLENCE
Share this...

Depression is a chronic disease arising from mind and body. Antidepressants, like most medications, can reduce symptoms, but do not treat the cause of the disease. The biological basis for depression includes the following and more: abnormal histamine levels, high copper/zinc ratio, pyrrole disorder, methylation defects, gluten intolerance, thyroid and adrenal imbalances, neurotransmitter deficiencies, as well as genetic variants, Functional, or integrative medicine, allows you to discover the individualized pattern for each person.  Proper diet and nutraceutical therapies help most people feel better and with greater motivation they can explore the mind style issues that underlie chronic depression. 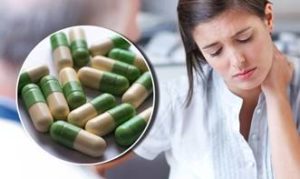 In a landmark study conducted by Danish researchers found that antidepressants can cause a person to become twice as likely to commit suicide or engage in violent activity than before they started taking the drugs. The analysis looked at 11 studies in which people without any signs or history of depression were given antidepressants and then afterwards reported their level of anxiety, nervousness, and depression nearly doubled.

Professor Peter Gotzsche, from the Nordic Cochrane Centre and lead author of the study, said such feelings could be considered as “precursors to suicidality or violence.”

These findings indicate that when healthcare professionals assume that heightened anxiety or depression is caused by the person’s already-existing mental illness and not antidepressants, that this is a “potentially lethal misconception.”

Trial phases of the research conducted by drug companies that produce the SSRIs, such as Prozac, Luvox, Paxil, Zoloft, and Celexa, reported that some patients had experienced suicidal thoughts and ideations, and thoughts of violence.

Though antidepressants are seen as dangerous for children because they produce these feelings and thoughts, they are thought of as safe for adults. These findings show that this is not necessarily the case. Professor Gøtzsche told The Express,

“It is well documented that drug companies under-report seriously the harms of antidepressants related to suicide and violence, either by simply omitting them from reports, by calling them something else or by committing scientific misconduct.”

The dangers of antidepressants and the agenda that Big Pharma is pushing is becoming increasingly known, as people fight for their right for safe and affordable healthcare. Though these drugs can produce amazing effects on some of those suffering from depression and anxiety, the likelihood that they are also harming some users is high.

Warning labels on antidepressants do include mention that suicidal thoughts could increase during the initial period, but the results of such trials and how the drugs even affect people without mental illness are not made clear in any capacity.

Despite these findings by Professor Gøtzsche, many are quick to refute the claims. Professor Sir Simon Wessely, President of the Royal College of Psychiatrists and Professor of Psychological Medicine, King’s College London’s Institute of Psychiatry, Psychology and Neuroscience, said,

“Overall, medications used in any branch of medicine that do good can also do harm. The same applies in psychiatry. Current evidence from large scale studies continues to show that for antidepressants the benefits outweigh the risks. If the evidence changes then so will our advice, but this study changes nothing.”

Though it may change nothing about how pharmaceuticals market and make their antidepressants, it may change how people view the effectiveness and safety of such drugs. Reaching users and citizens is at the core of uprooting corrupt systems, such as pharmaceuticals who are primarily concerned about profit over safety.

This article (Study Finds That Antidepressants Can Double Person’s Likelihood Of Depression And Violence) is free and open source. You have permission to republish this article under a Creative Commons license with attribution to the author and TrueActivist.com