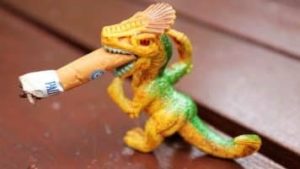 The IGF-1 story is so pivotal that it’s one of the first video series I ever did on NutritionFacts.org. I’m so glad to finally get around to the long-awaited update. If you want a blast from the past, you can see the original series starting with Engineering a Cure.

For more parallels between the tobacco industry and the food industry, see:

For more on healthy aging and longevity, see:

The Okinawa Diet: Living to 100

Note the so-called “low” protein intake is actually the recommended protein intake, associated with a major reduction in cancer and overall mortality in middle age, under age 65. But note it says not among older individuals. All covered in my next video, Increasing Protein Intake After Age 65.