ARE YOU MERCURY TOXIC? - MindBody Medicine

ARE YOU MERCURY TOXIC? 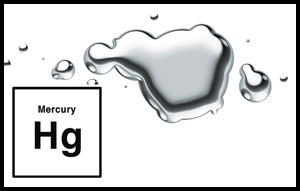 In addition, a large percentage of the population were exposed to mercury during fetal development and nursing from their mother’s amalgam fillings. A significant percentage was also exposed to mercury from childhood vaccinations. Add to this the fact that millions of people with amalgam fillings have also been exposed to additional amounts of mercury from contaminated fish, occupational exposure, environmental sources and products containing mercury.

Exposure to mercury is the rule rather than the exception.

Evaluating Your Risk of Mercury Exposure

Over the years, many people have asked me how they could evaluate the extent of their mercury exposure. An objective way of determining the risk of mercury poisoning hasn’t been established yet, but I’ve created a simple risk evaluation model to help determine your exposure to mercury. It consists of three risk categories—low, moderate and high—and is based on your own subjective self-evaluation. The model not only considers your exposure to mercury from your amalgam fillings, but also on other sources of mercury exposure, and the status of your health.

Keep in mind that this self-evaluation is like a snapshot in time. It only indicates what’s taking place at the moment the evaluation is taken. Mercury exposure from amalgam fillings is a continuous, long term, chronic type of poisoning. Therefore, whatever category you find yourself in on the day you take this evaluation will change over time, for the worse, as long as the fillings remain in your teeth. I encourage you to take this evaluation even if you haven’t yet experienced any mercury related symptoms as it will give you a good idea as to where you are now—and the direction in which you’re heading.

Unless you experience an acute exposure, moving from a low risk category to the moderate risk category won’t happen overnight and, because of the many factors involved, there’s no precise line between the three categories. But if you’re not sure whether you’re in the moderate or high risk category, select the high risk one because, unless your fillings are safely removed soon, your risk factor will increase and you’ll be there soon enough. This may sound pessimistic, but unfortunately, it’s quite true.

Bear in that this subjective mercury risk evaluation can’t determine:

However, it can be very useful in establishing your exposure to mercury from your amalgam fillings and help you identify habits which you should avoid until all your mercury fillings have been removed.