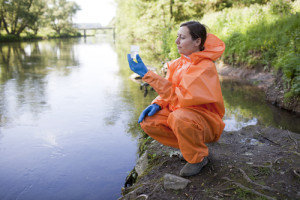 For decades scientists have been telling us about the toxins in our water, land, air, homes, offices and cars. Now science can show us the toxins that are in our bodies.  There is no safe place from pollution.  From mercury in baby seals born in the Arctic sea to “healthy” American born human infants with 187 carcinogens in their cord blood, chemical pollution has become a global problem that threatens health and life everywhere.

Unlike our hunter and gatherer ancestors, natural living no longer insures our health.  In the modern world of supermarkets, freeways and television, it takes knowledge and intention to stay healthy.  We need to learn what foods to eat, take time to exercise and learn how to reduce stress.  Now there is another issue of equal importance – removing chemical toxins and heavy metals from our bodies.

Research is gradually uncovering the influence of chemicals in our bodies.  They lower our metabolism, raise our cholesterol, contribute to fatigue and weight gain.  They create chronic inflammation, mutate our DNA and set the stage for heart disease and cancer.  They weaken our immune systems and contribute to a host of bothersome daily complaints, including poor concentration, headaches, depression, irritability, dizziness, anxiety, tremors, rapid heart rate, skin and eye irritation, poor memory, to mention a few.

In 2003, according to the Environmental Protection Agency’s Toxics Release Inventory, over 4.44 billion pounds of approximately 650 chemicals from industrial sources were released into the environment – our air, land and water.  Many of the chemicals in this toxic soup have known and significant effects of human and other life.

EPA research has also shown that the following chemicals are “ubiquitous” in the air that we breathe: p-zylene, tetrachloroethylene, ethylbenzene, benzene, 1,1,1-trichloroethane, and o-zylene.

Studies have shown that some city water supplies contain as many as 500 chemicals. Also, every time you participate in “risky” behavior, such as driving your car to a gas station for a fill up and then stopping to pick up your dry cleaning on the way home, you are adding solvents to your body burden of chemical toxins. And, the “common carpet” at home, work, or at the bank, emits over 200 volatile organic chemicals, including benzene, toluene, chloroform, zylene, styrene, to mention a few.

Since 1976, the Environmental Protection Agency has been running the National Human Adipose Tissue Survey (NHATS). The program collects adipose (fatty tissue) from people who have died around the USA and analyzes the fat for a variety of toxic environmental compounds.

The results are very impressive. The following five chemicals are found in 100% of all people tested so far: OCDD (a dioxin) and four solvents, styrene, zylene, 1,4-dichlororbenzene, and ethylphenol. These alone would give each person a toxic burden ranging from 57.4ng to 6350ng per gram of fat.

Another nine chemicals were found in 91-98% of people tested, including three more dioxins. PCB’s were found in 83%.  And even more depressing are studies from the National Academy of Sciences showing that the average American consumes approximately 40 milligrams of pesticides each year in food alone and carries about one-tenth of a gram permanently in his or her fat.

The question isn’t, “Do I have chemical toxins in my body?”

Instead, the questions are:

While there are hundreds of chemicals in our bodies, the following six are measured in the Environmental Pollutants Panel, a simple urine test, which can help you understand chemical toxicity and detoxification: 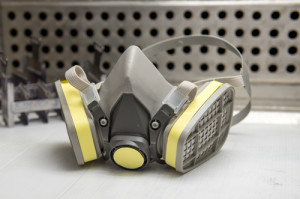 Xylene is a common petrochemical solvent and is used to manufacture plastics, polyester, and other chemicals.  It is widely used in paints, lacquers, varnishes, resins, inks, dyes, adhesives, rubber products, and cleaning fluids. It is also found in perfumes, insect repellents, printing and it outgases from furniture and carpets. However, most of our exposure comes from automobile exhaust.

Long-term xylene exposure may cause harmful effects on the nervous system. Symptoms such as headaches, irritability, depression, insomnia, agitation, extreme tiredness, tremors, and impaired concentration and short-term memory have been reported following long-term occupational exposure to xylene and other solvents.

Toluene is found in high concentration in home air, as it is used widely in common household products such as paint, paint thinners, glues, and nail polish. It is also found in cigarette smoke and automobile exhaust is the principal source in outdoor air. When toluene containing products are placed in landfills or waste disposal sites, the toluene can enter the soil or water near the waste site.

Toluene accumulates in the body and may affect the nervous system. Low to moderate levels can cause tiredness, confusion, weakness, memory loss, nausea, loss of appetite, and hearing and color vision loss. Drunken-type actions prompt teens and children to sniff glue for the toluene effect.  Toluene toxicity is associated with liver damage, abnormal menstruation, depression, “brain fog” and neuropathies.

Benzene is widely used and it ranks in the top 20 chemicals for production volume in the USA. It is used to make plastics, resins, nylon and synthetic fibers, as well as some types of rubbers, lubricants, dyes, detergents, drugs, and pesticides. Natural sources of benzene include volcanoes and forest fires. Benzene is also a natural part of crude oil, gasoline, and cigarette smoke.

Benzene is a neurotoxin and is associated with a variety of symptoms, including numbness, tingling, pain syndromes, poor concentration and memory, mood swings, tremors, blurred vision and convulsions. It may also contribute to fatigue, rashes, hair loss, weakness, stiffness and asthma.

Styrene is found in our air, water and soil.  It is also found in many products and outgases from plastics, styrofoam, fake rubber and wood, computer cabinets, electrical wire coatings, automobile dashboards, carpeting, flooring, appliances, office supplies, tobacco smoke and a range of plastic materials.

Styrene causes cancer in laboratory animals.  It is also classified as a xenoestrogen, a group of chemicals known as “estrogen mimics” or “endocrine disrupters” that attach to hormone receptor sites on cells throughout the body and disturb hormone and neurotransmitter function.  These hormone-like effects contribute to a wide variety of health problems, including infertility, reduced sex hormone production, growth disturbances, depression, anxiety and hyperactivity in children.

Phthalates are plasticizers that make plastics soft and they one of the most abundant toxins in the human body. Recent government studies show that this pollutant is over a half million times higher than any other toxin in the body, including pesticides and heavy metals. They are found in makeup, detergents, shampoos, plastic food wraps and containers, hospital IV bags and tubes, children’s toys and formula bottles as well as timed released drugs. They are ubiquitous contaminants in food, indoor air, and soil and they are also found in human breast milk. One study showed that the average daily intake of phthalates was 210mcg.

Phthalatesare animal carcinogens and can cause fetal death, malformations,and reproductive toxicity in laboratory animals. Some phthalates are xenoestrogens and disrupt hormone function in a variety of ways, including lower metabolism and contributing to weight gain, as well as increasing breast cancer risk.

Recent research also shows that phthalates tend to accumulate in peroxisomes, tiny organelles found in every cell of your body, which help to regulate fatty acid metabolism and detoxify toxins. Phthalates also seem to damage insulin receptors of cells, thus contributing to insulin resistance, which in turn cascades into high cholesterol, high blood pressure, weight gain and heart disease.  And, phthalates strongly contribute to inflammation in the body thereby increasing blood viscosity and setting the stage for heart disease and cancer.

Parabens are a group of chemicals that are effective preservatives that hamper the growth of bacteria and fungi and allow for products to be transported and stored safely without contamination.  They are used widely in cosmetics, skin care products, pharmaceuticals, and other industrial products.

However, they absorb into the body and are found in the blood stream eventually accumulating in body tissues, including breast and breast cancer tissue. They are weakly estrogenic and are suspected of producing an estrogen effect, thus contributing to increased hormone sensitive cancer risk.

BIOACCUMULATION AND THE TOTAL BODY BURDEN

Isolated and trace amounts of xylene, toluene, benzene, styrene, phthalates, parabens and other chemical toxins may not cause health problems, but the total body burden gradually increases over years of exposure.  Many of them are fat soluble and are not broken down, rather they are stored in the fat cells of your body, where they can have insidious effects in steadily increasing concentrations. This bioaccumulation creates a constant workload for the body’s detoxification systems, which can weaken over time, thus slowing the detoxification process and allowing for a greater toxic burden.  Consequently, over decades of daily exposure, the toxic effect of multiple chemicals is synergistically enhanced, thus contributing to chronic un-wellness and disease.

EFFECTS OF A BODY BURDEN OF CHEMICALS 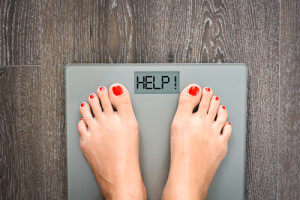 CORRELATING TOXINS WITH SYMPTOMS AND DISEASES

Chemical toxins can accumulate in many places in the body, usually in fat cells which comprise all cell membranes in the body, including the brain and nerve cells.  Therefore it is difficult to correlate symptoms and diseases with specific toxins.  However, a urinary organic acid profile will provide insight into the functioning of several basic systems, including mitochondrial energy production, liver detoxification and neurotransmitter function.

The citric acid cycle is the chemical pathway that uses oxygen and sugar to make energy in mitochondria, or energy furnaces, that provide energy to every cell of your body.  Disturbances in this cycle can be correlated with patterns of increased solvent and heavy metal burden in the body.

Also, chemical toxins are a major factor in the epidemic of obesity in modern society.  Even primitive societies of people who naturally eat a good diet and exercise regularly are gaining weight, probably due to the increasing burden of chemical and heavy metal toxins.

Phase I of liver detoxification creates momentarily a more toxic compound, which is in turn is quickly attached to a larger molecule for disposal.  This later step is called phase II detoxification.  However, when the second phase is slowed down from chronic use or other dietary issues, then the toxic molecule lingers in the body.  It appears that the body then slows metabolism to reduce the added toxicity from this impaired detoxification process.  The result is slower metabolism and gradual weight gain, thus contributing to the modern epidemic of obesity.

Also, when people lose weight they slowly release chemical toxins that are stored in the fat cells.  This “auto-toxicity” can lead to fatigue, muscle and joint pain, depression, and other troublesome symptoms that may compel some people to hit the junk food again for some momentary satisfaction, thus compromising successful weight loss.

Weight loss is more than exercise and calorie counting. Proper understanding of detoxification may be the most important factor for long term success.