COULD YOU HAVE A LITHIUM DEFICIENCY? - MindBody Medicine

Knowledge / Articles / COULD YOU HAVE A LITHIUM DEFICIENCY?
Share this...

Shocking but true. Lithium is an essential trace element

Published on January 29, 2012 by Emily Deans, M.D. in Evolutionary Psychiatry 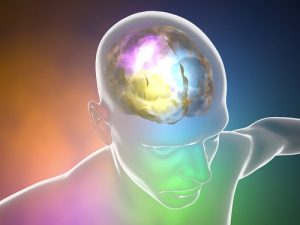 Lithium is a trace mineral like sodium and potassium and is considered by many doctors to be essential for human health. Lithium has critically important functions in the brain, including protecting brain cells from inflammation due to microbes or toxins, and reducing the ill effects of  neuro-excitatory neurotransmitters.  It is very useful for anxiety, DEPRESSION, alcoholism, POST-traumatic stress disorder and a range of stress related illnesses.  Medical research has shown that over 100 medical conditions benefit with lithium therapy.

When one mentions lithium, most people have a negative reaction. They think of One Flew Over the Cuckoo’s Nest, drooling, and lobotomies. And lithium in pharmacologic doses has some terrible downsides. However, lithium is, in fact, an essential trace mineral, present in many water systems with some very beneficial effects in the brain.

Scientists first figured out lithium could help stabilize mood in bipolar disorder in the late 1800s when the mineral salt was also used to treat gout. Lithium was the original “up” ingredient in 7-UP soda, though I’m certain it is not in the modern recipe. The first research paper on lithium didn’t appear until 1949, when Australian psychiatrist John Cade made his mark on psychiatric history. However, Greek physicians thousands of years earlier were treating mental disorders with mineral water now thought to be high in lithium.

Before John Cade, mania was treated with sequestration in darkness, electroshock therapy or lobotomy, so lithium was a terrific option—in fact it was the first successful pharmaceutical treatment for mental illness. It has huge side effects: lithium is toxic to the thyroid and kidneys (and heart in high amounts), causes weight gain, is fatal in overdose, and a lot of the time it simply doesn’t work. But when lithium does work, it is a wonderful thing. Suicidal depression and mood swings relieved within the week. To this day, lithium is one of the few medications proven to decrease the risk of suicide.

Despite the fame and long term, widespread use, no one really knew what lithium actually did. In medical school, I was taught that it had some effect on the regulation of second messenger systems within the neurons (1). Meaning, like every other psychotropic medication, it changes something about the communication in the brain, for good or ill.

A recent article sheds some light on lithium’s actual mechanism of action. In bipolar disorder, there has been shown to be an increase in inflammatory markers of the frontal cortex of the brain. There is also an increase in the enzymes that regulate the expression of the omega 6 fatty acid derived arachidonic acid. When rats are given lithium-laced or lithium-free food for 6 weeks, the lithium-dosed rats had less arachidonic acid, and more 17-OH DHA, which is an anti-inflammatory metabolite of the fish oil, DHA. 17-OH DHA seems to inhibit all sorts of inflammatory proteins in the brain.

Interestingly enough, lithium has been shown to be the only effective drug (at least to slow the progression down) in another inflammatory, progressive, and invariably fatal neurotoxic disease, ALS, which is also known as Lou Gerhig’s disease (2), and lithium is being studied in HIV, dementia and Alzheimer’s disease.

Now that we’ve seen some of the good side of lithium, let’s look at what happens in populations who get a steady trace amount of it in the water. Back in 1989, Schrauzer and Shrestha published a paper called “Lithium in Drinking Water and the Incidences of Crimes, Suicides, and Arrests Related to Drug Addictions.”  They took information about the lithium level in the water of 27 counties in Texas.  Seems that counties with higher lithium levels in the water had a statistically significant decrease in the incidence of homicide, suicide, arrests for opiates and cocaine, and violent criminal behavior.  Now to put things into perspective, a high lithium water content translates to about 2mg of lithium a day.  Pharmacologic psychiatric doses typically start at 300mg daily.

Lithium has previously been used to control episodic outbreaks of rage among prisoners and in the management of drug abusers.  Animal experiments have demonstrated that lithium suppresses cocaine-induced super sensitivity…the kindling phenomenon following the chronic application of…a central nervous system stimulant, and head-twitching in response to the administration of mescaline.  Furthermore, lithium has been found to [improve] distractibility… and produce improvement of selective attention to stimuli… it prevents behavioral alterations owing to social isolation, lowers [aggressive behavior] owing to confinement…and causes a normalization of spontaneous motor activity.

That’s a lot for one little trace mineral.  But what happens outside of Texas? Observational studies from Japan seem to correlate – back in 2009, researchers there noted that suicide rates decreased with higher amounts of lithium in the water (3). In Japan, rates of suicide have been distressingly high for the past 15 years. Japan has a suicide rate of 21 per 100,000 individuals per year vs. the US rate of 11 per 100,000.

In another paper studying lithium in the Japanese water supply, human longevity increased with the amount of trace lithium in the water. The same trace amounts of lithium in a controlled experiment (equivalent to about 2mg of lithium daily) increased the lifespan of the C elegans worms.  Trace amounts of lithium could improve human behavior and increase longevity. Perhaps it is the anti-inflammatory mechanism discussed above. But lithium is an interesting salt and could change brain communication in other ways.

Basic science time: Lithium looks a lot like sodium.  It has the same number of electrons in the outer shell—the molecule itself is a bit smaller, but the kidneys don’t seem to be able to tell the difference.  And, perhaps, neither do the neurons.  So the addition of a bit of lithium to the matrix will decrease the overall sodium gradient in the brain, decreasing neurotoxicity, and increasing the efficiency of brain energetics. From the Japanese drinking water, lithium, and suicide study:

It can be speculated that very low but very long lithium exposure can enhance neurotrophic factors, neuroprotective factors and/or neurogenesis, which may account for a reduced risk of suicide.

The authors of the two Japanese studies get rather enthusiastic, recommending supplementation at a level of about 2mg per day for human populations with the proposed effect to control behavior, increase longevity, and reduce suicide.

On the negative side, Swedish researchers tested thyroid effects of trace lithium in the water in some villages in the Peruvian Andes. Some of these villages had some 10-20X the natural lithium in the food and water of the Japanese subjects, up to a maximum of 30mg daily (which is, of course, within an order of magnitude of the pharmacologic dose of 300mg).  They found that lithium in the water seemed to decrease active thyroid hormone levels and increase thyroid stimulating levels—lithium as a medicine will tend to cause hypothyroidism.

So, all told, lithium is a natural component of drinking water, and observationally decreases suicide and general naughtiness, and increases longevity, but perhaps also decreases thyroid function. I think it is quite plausible that since we evolved drinking fresh mineral water from the ground, our brains are designed to have a little bit of lithium on board, and its presence in trace amounts could credibly improve our behavior and reduce suicide.