DO YOU REALLY NEED FISH OILS?

Knowledge / Articles / DO YOU REALLY NEED FISH OILS?
Share this...

DO YOU REALLY NEED FISH OILS?

For years, I’ve been a big advocate of fish oil. The studies seemed to show that taking fish oil brings a host of great health benefits. However, in recent years, my enthusiasm about it has waned. It started when I began eating the Living Foods diet. I didn’t want to put animal products in my body. 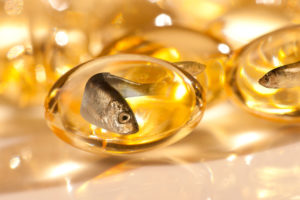 But my diet was largely due to spiritual beliefs. I still couldn’t deny the conclusions of so many studies. Medically, I had to admit that fish oil was an important part of staying healthy. The studies were so convincing that even the drug companies couldn’t deny their benefits. So, instead of fighting the trend, they joined it. Now you can buy fish oil by prescription for $180 — and it’s exactly the same as most fish oils sold over the counter for $30.

Naturally, that made me a little suspicious. So I started doing more research into fish oil. What I’ve discovered in recent years — and will tell you about this month — will blow the lid off all the hype surrounding fish oil.

What I’m going to show you this month could encourage many of you to give up fish oil altogether. But for most of you, this report will show you how to get the absolute best health benefits from fatty acids. I’ll show you how certain fish oils are still good to take. And I’ll give you a secret way to make fatty acids even more effective. Here’s a hint: It doesn’t involve taking higher doses of Big Pharma’s expensive fish oil. In fact, it could save you a lot of money.

Let me start by saying that the impact of fatty acids on your health is impossible to overstate. There’s a reason all those studies showed great benefits from fatty acids. They are essential for your body to function at its optimum level.

Fatty acids come in the form of “ester.” An ester is a chemical combination of an organic alcohol to an organic acid. For instance, triglycerides are a tri-ester. They have three fatty acids connected to a glycerol (glycerol is a three-carbon alcohol) backbone. All natural oils are in this triglyceride form. This tri-ester is the way your body carries the fatty acids.

Structural variations cause fatty acids to have different reactions in your body. For instance, an unsaturated fat is missing two hydrogen atoms (thus it’s “unsaturated”).

A polyunsaturated fatty acid (PUFA) has more than one double bond in its chain. This structure makes PUFAs more susceptible to damage from heat and oxygen exposure.

Most fat, including PUFAs, are actually combusted for energy or used for cell membrane structure. Our bodies can make most fatty acids it needs for these purposes. However, it cannot make what we call “essential” omega fats. Unfortunately, there’s a lot of misinformation in the marketplace about essential fatty acids. And the fish oil you’re taking may not be real “essential” fatty acids. Here’s why.

There are only two true essential fatty acids. These are linoleic acid (LA), of the omega-6 series, and alpha linolenic acid (ALA), of the omega-3 series. These are the only two essential fats your body demands from your diet. My friend Brian Peskin, PhD calls these two fats “parent essential oils” or PEOs. When you consume these PEOs, about 95% of them stay in the parent form. But your body changes about 5% of them into other biochemicals. We call these “derivatives.” They include the omega-3s EPA and DHA of fish oil.

Most of the fish oils sold today are not the essential parent omega-6 and omega-3 oils. Rather, most of them are these nonessential derivatives. They are not “essential” oils at all. Your body can make them as they’re needed. The conversion is slow, but that is how God intended it. But the sellers advertise them as “essential” when, in fact, they’re really derivatives.

That doesn’t mean the derivatives are bad. It just means you’re not getting the best health benefits possible. Here’s why.

Long-chain fatty acids are absolutely critical precursors of both pro and anti-inflammatory mediators, blood vessel lubrication, hormones (prostaglandins), and more. There is the omega-6 series of long-chain fatty acids. You’ll find these in high concentrations in your skin and nervous system. Amazingly, your skin has nearly 1,000 times more omega 6 in it than omega-3. Most tissues, in fact, have far more parent omega-6 than omega-3 in them. (In contrast, omega-3 is scarce in these tissues and relatively more abundant in organs and muscles.)

What most physicians overlook, though, is the fact that the body’s most potent anti-inflammatory compound (PGE1) comes from the omega-6 series. And, your body’s most potent vascular lubricator (prostacyclin) also is a derivative of omega-6.

So omega-6s are not the evil fatty acids most people make them out to be. But they do need adequate omega-3 fatty acids to keep them in check.

The best omega-3 is “parent” 18-carbon chain ALA from plants. I’ve told you a lot about the wonderful health benefits of ALA. You can find it in abundance in hemp, flax, chia and walnuts.

When you eat parent essential oils in your diet — or take PEO supplements — you’re giving your body essential fatty acids it can’t create on its own. If you don’t consume PEOs, you won’t get all the raw materials your body really needs to stay healthy. Taking the vast majority of fish oils just doesn’t give you all that you need. But don’t the studies suggest they do give great health benefits? The answer is yes and no.

I can’t deny that fish oil is beneficial for a number of conditions. Studies suggest that fish oil reduces blood triglycerides, heart attacks, heart rhythm disturbances, and increases the breakdown of fibrin (clotting material) in your blood. I’ve reported that fish oils might help lift depression. Other research has connected fish oil to a lower cancer and vascular risk.

However, an excellent JAMA review article in 2008 concluded omega-3 intake provides little prevention of cancer risk. Circulation (7-22-00) reported that omega-3 intake does provide vascular prevention. But the beauty of this studywas differentiating between fish omega-3 and “parent” plant omega-3. The parent omega-3 trumped omega-3 intake from fish. It provided benefits the fish oil did not offer.

Additional studies have shown a decrease in cardiovascular and total mortality with consuming fish or fish oil supplements regularly. A 2007 Japanese study followed 60 patients with impaired blood sugar. The researchers found that 1,800 mg daily of EPA from fish reduced the thickness of their carotid arteries and improved their blood flow.

Another study found that 4 grams daily of fish oil could lower triglycerides up to 45% in those whose triglycerides were over 500 mg/dl at outset.

And another study looked at 18,000 patients with unhealthy cholesterol levels. The researchers gave all of the patients a statin. But they gave half of the participants 1,800 mg of fish oil. The additional marine oil did significantly improve their outcomes. So it seems like fish oil does have a positive impact.

Fish oil protects mice from laboratory-induced neurodegenerative conditions, such as Parkinson’s. However, human studies did not show any improvement in cognitive function in normal seniors. In psychiatric patients, fish oils appear to have benefit. However, the studies show that the effects are highly variable from study to study. So we can’t draw any absolute conclusions. In macular degeneration, a few studies have found that eating fish or taking fish oil supplements reduces your risk.

In inflammatory conditions in tissues, fish oils may offer significant help. Studies suggest that they will accomplish at least what toxic NSAID drugs will not. And it makes sense. Omega-3s are specific modulators of inflammation. They do nutritionally what the drugs impose chemically.

At a recent ACAM meeting, one doctor arose during the Q&A session to tell the attendees of his experience with fish oils. He developed a serious inflammatory skin condition about 15 years ago. His conventional doctors had no suggestions. He started taking 20 capsules daily of a fish oil that also contained the omega-6 oil GLA. His condition vanished. He tapered down the number of capsules to the lowest number required to prevent recurrences (about four daily). I have similar testimonials from others with inflammatory conditions, such as rheumatoid arthritis.

Clearly there are benefits to fish and fish oil for many people. But parent omega-3 may be just as good if not safer for staying healthy! Is fish oil required for a longer life? Not according to the published data I’ve seen and told you about in these pages. The China Study, for instance, found that any animal protein (fish included) raised the all-cause mortality in proportion to the amount consumed.

And of the five longest-living societies on earth, only one diet has regular fish (Okinawa). The other four societies are the Hunza’s in Pakistan, the Vicambamba high in the Andes in Ecuador, the Abhasia of the Caucasus Mountains, and the fully vegetarian 7th Day Adventists (not the non-vegetarian Adventists) here in the U.S.

The secret of the latter four groups is a plant-based diet rich in fruit and vegetables grown on rich soils. Their food is not calorie dense. It is very low in fat. The group populations are slender. Excepting American Adventists, they get exercise laboring in their fields. These groups not only live the longest, but seemingly are the healthiest as well, not experiencing the ravages of degenerative diseases many years before they die like the rest of the Western world.

So the answer for longevity is not simply fish oil. These long-lived populations are not taking fish oil supplements. But they definitely get lots of “parent” omega PUFA from plants.

As you can see, fish oils may help many people. But it’s just as clear that they’re not required for long life. In next month’s issue, I’m going to show you when you may benefit from taking fish oil, when you may not need it at all, and, more importantly, the most effective way to protect your arteries.