FORKS OVER KNIVES -documentary film based on The China Study

Knowledge / Articles / FORKS OVER KNIVES -documentary film based on The China Study
Share this...

FORKS OVER KNIVES -documentary Film based on 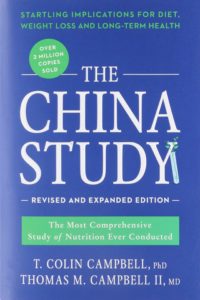 In the early 1980’s, nutritional biochemist T. Colin Campbell, PhD of Cornell University, in partnership with researchers at Oxford University and the Chinese Academy of Preventive Medicine, embarked upon one of the most comprehensive nutritional studies ever undertaken known as the China Project. China at that time presented researchers with a unique opportunity. The Chinese population tended to live in the same area all their lives and to consume the same diets unique to each region. Their diets (low in fat and high in dietary fiber and plant material) also were in stark contrast to the rich diets of the Western countries. The truly plant-based nature of the rural Chinese diet gave researchers a chance to compare plant-based diets with animal-based diets.

In 2005, T. Colin Campbell, PhD and his son Thomas M. Campbell, MD, shared the China Project findings along with additional research with the world in The China Study. Their best selling book examines the connection between nutrition and heart disease, diabetes, and cancer and the source of nutritional confusion produced by powerful lobbies, government entities, and opportunistic scientists. The China Study is hailed as one of the most important books about diet and health ever written.

FORKS OVER KNIVES, documentary film based on the China Study research that has influenced millions around the world 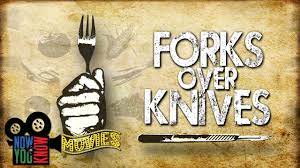 Forks Over Knives examines the profound claim that most, if not all, of the chronic diseases that afflict us can be controlled or even reversed by rejecting animal-based and processed foods.

Major storyline traces the personal journeys of Dr. T. Colin Campbell, a nutritional biochemist from Cornell University, and Dr. Caldwell Esselstyn, a former top surgeon at the world-renowned Cleveland Clinic. On separate paths, their discoveries and groundbreaking research led them to the same startling conclusion: Chronic diseases including heart disease and type 2 diabetes can almost always be prevented—and in many cases reversed—by adopting a whole-food, plant-based diet.

The idea of food as medicine is put to the test. The film follows everyday Americans with chronic conditions as they seek to reduce their dependence on medications and learn to use a whole-food, plant-based diet to regain control over their health and their lives.

WATCH THE VIDEO (and invite your family) 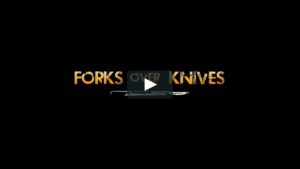 Critically acclaimed Forks Over Knives film has been making waves since its release in 2011. Now you can stream the groundbreaking plant-based documentary for free.