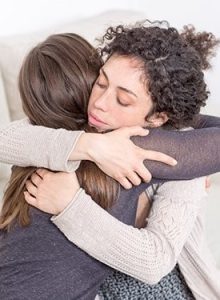 Whichever persona you prefer – the love molecule, cuddle chemical or hug hormone – oxytocin plays a big role in bonding. Spraying monkeys with the stuff, for example, has been found to positively affect their social behavior, making them more communicative and promoting interaction with others. Among many other things, weed also exerts similar effects on human behavior, but how exactly it does this has been hazy.

Now, a new study is offering us clues, and a link between these two very different substances. It turns out that oxytocin might make social interactions more rewarding and pleasurable by stimulating our own cannabinoid system. According to the research, it does this by triggering the release of another wonderfully nicknamed chemical, the “bliss molecule” anandamide, coined as such due to the fact that the brain receptors it activates lead to increased motivation and happiness.

This is the first time that this marijuana-like neurotransmitter has been shown to contribute to the reward of being social, and also offers us further insight into how oxytocin acts on the brain. Importantly, these findings could help us understand the mechanisms underlying certain social impairments, for example in those with autism, suggesting a possible avenue to explore for treatment.

Rewinding a little bit, endocannabinoids, like anandamide, are molecules our own body produces that act on the same system that cannabis does, binding to receptors on various cells throughout the body called the cannabinoid receptors. Previous work has found that the endocannabinoid system is involved in regulating neuronal signaling from the nucleus accumbens (NAc), a brain region shown to be critical for the effects of oxytocin on social reward.

To scrutinize these links further, scientists from the University of California, Irvine looked at the brains of juvenile mice reared in groups that had been isolated from their peers for 24 hours, then either returned to the group or kept in isolation for a further three hours. They found that social contact increased the release of anandamide in the NAc, whereas isolation had the opposite effect. The resulting cannabinoid receptor activation, they found, reinforced the rewards of social interaction.

Taking this one step further, the team wanted to see how oxytocin, known to reinforce both parental and social bonding, fits into this emerging story. After stimulating oxytocin-producing cells in the brain, they noticed a subsequent boost in the mobilization of anandamide in the NAc. But when they blocked oxytocin receptors with drugs, the same response was not observed. Tying the results together, the team found that boosting anandamide levels by blocking its degradation with a drug promoted social reward, causing mice to spend more time interacting with others when compared to those given a placebo, which could have implications for those with social deficits, for example in autism.

“We think that there is a disruption in cooperative oxytocin-anandamide signaling in autism,” lead researcher Daniele Piomelli told IFLScience. “Animal models of autism have multiple disruptions in endocannabinoid signaling.” In these models, Piomelli said, increasing anandamide levels in the same way as before corrected social reward deficits. This raises the possibility that similar effects could be achieved in humans, helping those with autism socialize more.

The study has been published in Proceedings of the National Academy of Sciences.