Knowledge / Articles / IS PSYCHIATRY MEDICAL SCIENCE OR A PHARMACEUTICAL MARKETING CAMPAIGN?
Share this...

If you are going through an emotional and stressful challenge in your life, perhaps feeling anxious or depressed, you do not need counseling, insight, personal growth and self-knowledge. You have a “brain disorder” and need Prozac, Xanax or some other drug.

This is the perspective of modern psychiatrists and many other physicians as well, who have been have been pushing the medical model of drug therapy for “mental problems” the past 50 years.

In 1990, President George Bush signed a congressional declaration declaring 1990 the first year of the “Decade of the Brain.”  Under this new model, anxiety, depression, learning problems, attention deficits, memory disturbances and other common psychological states are “biological imbalances” requiring drug therapy.  Coincidentally, psychotherapy and counseling has been disappearing from psychiatric training.  In the early 1990s, John Hopkins School of Medicine eliminated psychotherapy as a required course for young doctors who are learning psychiatry.

Nancy Andreasen, one of the authors of the American Psychiatric Association’s official Diagnostic and Statistical Manual of Mental Disorders (DSM-III), proclaimed in her 1984 book The Broken Brain: The Biological Revolution in Psychiatry, “the major psychiatric illnesses are diseases, like diabetes, heart disease and cancer.”  Later in her book she describes the ideal new psychiatrist as someone who no longer takes his time listening to patients’ problems
but who ask questions to make a diagnosis, like a cardiologist or neurologist.

Almost 20 years later, an extensive advertising was placed in major American newspapers proclaiming the work of the “Decade of the Brain” with the following: “Two decades of research have shown that these are diseases and illnesses like any other diseases and illnesses. They just happen to involve the brain.”

The advertisement was paid for by the National Foundation for Brain Research and assisted by the National Institute of Mental Health, which states that 20% of Americans suffer from these supposed diseases, another epidemic of illness waiting for pharmaceutical treatments.

However psychiatric disorders are not medical diseases. There are no lab tests, brain scans, X-rays or chemical imbalance tests that can confirm that any mental disorder is a physical condition. According to Dr. Joseph Glenmullen, a Harvard Medical School psychiatrist, “There has been no shortage of alleged biochemical explanations for psychiatric conditions… not one has been proven. Quite the contrary. In every instance where such an imbalance was thought to have been found, it was later proven false.” 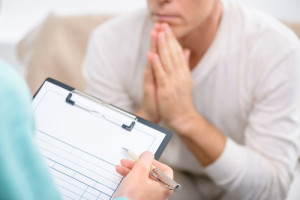 “…Modern psychiatry has yet to convincingly prove the genetic/biologic cause of any single mental illness…Patients [have] been diagnosed with ‘chemical imbalances’ despite the fact that no test exists to support such a claim, and…there is no real conception of what a correct chemical balance would look like.” —Dr. David Kaiser, psychiatrist

“Psychiatry makes unproven claims that depression, bipolar illness, anxiety, alcoholism and a host of other disorders are in fact primarily biologic and probably genetic in origin…This kind of faith in science and progress is staggering, not to mention naïve and perhaps delusional.” —Dr. David Kaiser, psychiatrist

“There is no blood or other biological test to ascertain the presence or absence of a mental illness, as there is for most bodily diseases. If such a test were developed…then the condition would cease to be a mental illness and would be classified, instead, as a symptom of a bodily disease.” —Dr. Thomas Szasz, Professor Emeritus of Psychiatry, New York University Medical School, Syracuse

“The theories are held on to not only because there is nothing else to take their place, but also because they are useful in promoting drug treatment.” —Dr. Elliott Valenstein Ph.D., author of Blaming the Brain

“I believe, until the public and psychiatry itself see that DSM labels are not only useless as medical ‘diagnoses’ but also have the potential to do great harm—particularly when they are used as means to deny individual freedoms, or as weapons by psychiatrists acting as hired guns for the legal system.” —Dr. Sydney Walker III, psychiatrist

Biological psychiatry is clearly a stepchild of the medical model of care: “take a pill and make it go away.”  Consequently the modern psychiatrist is no longer a warm, empathetic counselor, helping patients to gain insight from life challenges.

He may have no training in psychotherapy of any kind.  Instead he is armed with Prozac, Xanax, Valium, Zoloft, Paxil, and a host of other medications and poised to turn your family problems, learning issues, anxious feelings, doubts, worries, sleep disturbances, moodiness, pre-menstrual irritations and the like into medical diagnoses, which should, of course, be treated with a drug.

In 1987, Prozac hit the market and sales peaked in 2001 at $3 billion per year.  Doctors and patients were happy to find a quick fix for mood disturbances and the medication soon became known as the “happy pill.”  Many other serotonin uptake inhibitors (SSRIs) have became available over the years.  People with anxiety and depression had a brain biochemistry disorder and needed to be “fixed” instead of understood and supported through counseling.

However, research on the effects of Prozac and other psychoactive drugs have shown that these medications are producing structural changes in the brain and some scientists have used the term “brain damage.”  This could explain the side effects of these medications, which includes violent impulses, agitation and sexual dysfunction.

While psychiatric medications certainly have a place in medical therapy, they should only be used for short term symptom relief.  Mood disturbances are signals for healing and applying the principles of mindbody medicine.

5-hydroxytryptophan is a nutritional supplement that increases brain production of serotonin, instead of blocking its breakdown with SSRI medications. St John’s Wort is an herb than increases serotonin levels and is 25 times more popular in Germany than SSRI drugs. Exercise also increases serotonin and is a well known antidepressant technique.

Most importantly, anxiety, depression, moodiness, worry, frustration, forgetfulness, agitation, and myriad other mood disturbances are inevitable aspects of living. Like other forms of disease, they are based upon disturbances in the complex biological symphony of mind and body functioning as one.

Promoting health in the body and looking for answers within consciousness provide the focus for all healing. The body is governed by consciousness (both conscious and unconscious) and to reverse disease you must heed the “message of illness” and consider the dysfunctional beliefs and emotional issues that are expressed within the fabric of your body.

Psychological disturbances are related to the stresses and pressures of living in our modern world and they provide the signal for healing, insight, and the growth of wisdom.  Anxious and depressed people need understanding and meaning, not brain repair.