Economics and Politics in the American Epidemic of Chronic Disease

Since the discovery of penicillin in the 1930s, the medical profession and the pharmaceutical industry have convinced the American people that taking medications is all they need to do to treat disease and be healthy.

Antibiotics were very effective and doctors could cure the most common health problems of the time – infections, such as pneumonia. This huge therapeutic success birthed the “medical model” and the drug industry. According to the “medical model”, when you get sick you go to the doctor and it is his responsibility to give you a drug to cure the problem.

However, the medical landscape has shifted greatly since the 1930s and the major medical problems are now chronic diseases, such as heart disease, cancer, high blood pressure, diabetes, arthritis and depression. And the medical model is no longer working. You cannot take a drug and make the problem go away. Drugs do not cure chronic diseases; at best they only reduce symptoms and often they cause side effects. 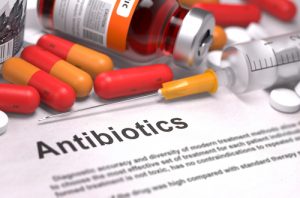 According to BMJ Clinical Evidence, an international peer reviewed journal which reviews medical treatments for clinical effectiveness, only 13% are rated as beneficial. Dr. Ulrich Abel, a cancer biostatistician, writes in his book, Chemotherapy of Advanced Epithelial Cancer, “. . . a sober and unprejudiced analysis of the literature has rarely revealed any therapeutic success.”

Some studies show that chemotherapy for advanced cancer produces a 3 to 7% five-year survival. And, Dr Allen Roses, vice president of genetics research at GlaxoSmithKline, admitted in 2003 that 90% of drugs only work in 30 to 50% of people.

Not only are many medications of questionable benefit, they often cause other problems in the body. According to a study published in the New England Journal of Medicine article published in 2003, researchers found that 25% of patients suffered observable side effects from the more than 3.34 billion prescription drugs filled in 2002. Also, 5% of hospital admissions, over one million per year, are the result of drug side effects.

Furthermore, if modern medical practices were effective, why are we seeing epidemic increases in chronic diseases? According to the US Department of Health and Human Services, “we are in the midst of a chronic disease epidemic of unparalleled proportions.” In a 2003 document titled The Power of Prevention:

However, the number of deaths per year fails to convey the full problem of chronic disease. More than 125 million Americans, 57% of the population over the age of 18 years, live with chronic conditions, and millions of new cases are diagnosed each year. Consider the following:

According to The Power of Prevention, “Almost every American is adversely affected by chronic disease in one way or another – through the death of a loved one; a family member’s struggle with lifelong illness, disability, or compromised quality of life; or the huge personal and society financial burden wrought by chronic disease.”

What does the medical establishment do about this rising tide of illness? Offer more and more symptomatic drugs at higher and higher costs, along with increasingly expensive diagnostic procedures. According to The Power of Prevention, “Our nation spends more on health (disease care would be a better term) care than any other country in the world.

Americans are paying more and more while the incidence and cost of chronic diseases goes higher and higher. However, the drug industry is doing very well with the “medical model” approach. The drug industry ranks as the most profitable in America. In 2002, it made a 14% return on assets, while the Fortune 500 made a median of 2.3 percent. The highly profitable pharmaceutical industry uses these staggering profits to perpetuate the myth that the medical model works. Consider the following: 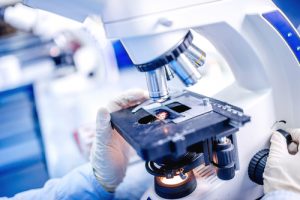 The dominating influence of the drug industry on medical research and practice was described in a 2004 article in the Washington Monthly:

“For the past two decades, medical research has been quietly corrupted by cash from private industry. … Today, private industry has unprecedented leverage to dictate what doctors and patients know — and don’t know — about the $160 billion worth of pharmaceuticals Americans consume each year.”

Even doctors who avoid the glossy sales pitch of the drug reps cannot escape the impact of the drug industry. The Agency for Healthcare Research and Quality, a branch of the U.S. Department of Health and Human Services, works in partnership with the American Medical Association to provide Clinical Practice Guidelines (CPG). These CPGs are written by “experts” in order to guide doctors around the country in the best ways to treat their patients.

Unfortunately, however, many of these “objective experts” are paid by the drug companies. According to an article titled, Relationships Between Authors of Clinical Practice Guidelines and the Pharmaceutical Industry, published in the Journal of the American Medical Association in 2002:

“Eighty-seven percent of the authors writing the Clinical Practice Guidelines had some form of interaction with the pharmaceutical industry. Fifty-eight percent had received financial support to perform research and 38% had served as employees or consultants for a pharmaceutical company. Overall, an average of 81% of authors per CPG had interactions.”

In a Lancet editorial, Just How Tainted Has Medicine Become?, published in April 2002, ‘the vast majority of authors of the official clinical guidelines have financial ties with the drug companies. These ties are often not disclosed.’ Such revelations led Lancet to ask: “How tainted by commercial conflicts has medicine become?” Lancet answered: “Heavily, and damagingly so.”

Doctors and hospitals also profit from the outdated and ineffective medical model as they are always available to provide diagnostic services and treatments for the epidemic of chronic disease. Medications only reduce symptoms and do not heal, so there are always plenty of patients for disease treatment.

Consider the following example of diabetes treatment. Preventive care including frequent blood sugar monitoring, diet counseling and fitness training is known to be much more effective, but doctors often fail to provide such care because the payment system punishes them financially when they do.

In 2000, a group of doctors in Bellingham, Washington, developed a program called Pursuing Perfection, which was designed to prevent diabetes and heart failure and to better care for patients who already had these conditions. The program was based on a multidisciplinary team of nutritionists, nurses, and others to help patients eat better, exercise more and improve their lifestyle. Pursuing Perfection improved the health of many patients suffering from diabetes and heart failure, producing many fewer emergency department visits and reducing medications.

However, between 2001 and 2008, the program cost the local hospital, St. Joseph’s, $7.7 million in lost revenue because patients were not being admitted as often. Also, the county’s medical specialists, endocrinologists, internists and cardiologists stand to lose $1.6 million from lost procedures and office visits. Also, insurance companies will not pay for a nutritionist to teach proper diet. Consequently one group of sixty doctors withdrew from Pursuing Perfection because it cost them too much money.

The problems with disease focused medical care in America are summarized in the introduction to Shannon Brownlee’s recently published book Overtreated, Why too Much Medicine is Making Us Sicker and Poorer (Bloomsbury, 2007:

“Though touted as perhaps the best in the world, the American medical system is filled with hypocrisies. . . Using vivid examples of real patients and physicians, Overtreated debunks the idea that most of medicine is based on sound science, and shows how our health care system delivers huge amounts of unnecessary care that is not only expensive and wasteful but can actually imperil the health of patients. . . . Backward economic incentives allow patients with chronic conditions to receive ineffective care . . . American medicine is in desperate need of fixing.”

Nicholas Webb in his book The Cost of Being Sick, is even less diplomatic as he writes, “. . . the medical-industrial complex, and our health care system have converged to the critical point where they’re actually working against us. They’re doing so by focusing our health-care efforts on post-disease pills rather than prevention and on treating illness rather than promoting wellness.”

What is the solution to this health crisis in our country? According to our government the answer lies in prevention. In The Power of Prevention, “although chronic diseases are among the most common and costly of all health problems, they are also among the most preventable. Access to high-quality and affordable prevention measures is essential if we are to save lives and reduce medical care costs.”

The Center will provide a model of health care which responds to the chronic disease epidemic and replaces the disease focused “medical model” which the “mindbody model” which focuses on promoting health as the best treatment for disease. This approach shifts the responsibility back to the patient by using the principles of preventive medicine, which include proper diet, nutritional supplementation, exercise, stress management and detoxification. While these tools are recognized preventive measures, they also help to treat existing disease.

ARE YOU GETTING THE VACCINE?

CORONA PANDEMIC – THE OPINIONS OF A PROFESSIONAL MICROBIOLOGIST