Like many of my patients, Sally came to my office with medical problems that had propelled her on a long journey in the medical world looking for answers, but finding few. She was a thin, healthy appearing women in her 70’s who complained of an aching headache, a “foggy feeling” in her mind, “numbness in her right leg and arm”, as well a “rushing pressure feeling” in her chest. She also had a “burning” feeling in her stomach. All of these problems were occurring with increasing frequency over the past five years.

She had seen a neurologist and was told that everything was normal. She was hospitalized twice for the numbness in her extremities and chest pressure. Again all of her tests were normal and she was reassured that her heart was okay and there was no evidence of stroke. An E.N.T. specialist had diagnosed gastroesophageal reflux disease and she was given an acid blocking medication. None of these treatments helped and she said that for the first time in her life she started to feel depressed and hopeless. 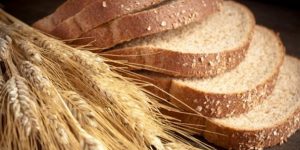 After listening to Sally’s story as well as her family history, I suspected gluten intolerance right away. I confirmed the diagnosis with a fecal anti-gliaden antibody test and then started her on a gluten free diet along with the elimination of dairy, sweets and fruit. I also gave her some nutritional supplements to improve digestion, provide mineral and antioxidant support to her body, along with Omega-3 fatty acids.

In two weeks, Sally returned to my office excited to report that she felt “dramatically better”: her “foggy” feeling was gone, she had no more chest pressure, and her numbness and tingling sensations were much improved. Over the following nine months her health returned to normal.

Gluten sensitivity is a genetic inability to digest gliaden, the primary protein found in gluten. Gluten is a protein found in many grains which combines with water and creates the doughy consistency of breads and baked goods so loved in our society.

Quite often symptoms of gluten sensitivity develop after a stress of some kind, such as an infection, or an emotional trauma. Many, but not all, patients have digestive symptoms, such as abdominal bloating or pain, diarrhea, constipation, or nausea. Acid reflux in the esophagus, or heartburn, is common, but there are other causes of heartburn as well. Other symptoms include fatigue, joint pains, mouth ulcers, bone pain, abnormal menses in women, and infertility.

When people with gliaden intolerance eat foods containing gluten, their immune system responds by infiltrating the small intestine with lymphocytes, which create inflammation that can damage and eventually destroy the villi (tiny, fingerlike protrusions lining the small intestine, much like a shag carpet). Celiac disease is the term for the intestinal damage which causes diarrhea and poor absorption of nutrients. Eventually, people become malnourished often leading to widespread nutrient deficiency and subsequent disease (i.e. iron deficiency anemia, osteoporosis, weight loss, folate and vitamin B12 deficiency).

Gluten intolerance also contributes to inflammation in other parts of the body and can contribute to muscle and joint pain, neuropathy, anxiety, depression, attention deficit disorder, cardiac rhythm disturbances, seizure disorder and more. Celiac disease increases the risk for thyroid disease, diabetes, and autoimmune disorders such as rheumatoid arthritis and lupus.

Many doctors rely on a blood test to diagnose celiac disease, which is falsely negative about 40% of the time. As an integrative physician, I often have the good fortune of knowing what the patient doesn’t have based on their prior, and often extensive, medical evaluations, and, I can focus on the primary tenet of mindbody medicine – promoting health in all systems. The wisdom of the body is a symphony of complex systems working together and for good music you need all parts of the orchestra playing together especially healthy digestion.