MAGNESIUM: KEY MINERAL FOR HEALTH IN MIND AND BODY

Knowledge / Articles / MAGNESIUM: KEY MINERAL FOR HEALTH IN MIND AND BODY
Share this... 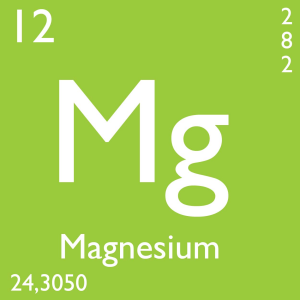 Magnesium is the second most important mineral inside the cells of the human body, and yet medical research has shown that it is deficient in 68% of Americans.  Magnesium deficiency can make you feel bad, as it contributes to common problems such as muscle cramping and fatigue, but its deficiency can also be lethal.  In the emergency setting, low magnesium has been associated with seizures, life threatening heart arrhythmias and even sudden death.  And yet, magnesium deficiency is not recognized by most physicians, even in seriously ill patients. Dr. Whang wrote in the Archives of Internal Medicine (January 1992) that “magnesium deficiency is one of the most under diagnosed serum electrolyte abnormalities in clinical practice today.”   So, why so important, and yet not recognized?

First of all, let’s look at what magnesium does. The body contains about 20 grams of magnesium, of which 98% is inside cells where it works to catalyze enzyme reactions.  Magnesium is essential in over 300 enzyme reactions throughout the body, but perhaps its two most important functions are the following.  Firstly, it is necessary for the cell to make energy in the form of ATP.  Whether a brain cell, muscle cell, lung cell, or whatever, each cell in your body absolutely requires magnesium in order to make energy for whatever the work of that particular cell may be.  The second essential function of magnesium is to release acetyl choline across the motor endplate of nerves, thereby permitting nerve tissue or electrical connections and activations throughout the body.

It is easy to see then why the powerful heart, skeletal muscles and the brain depend upon proper amounts of magnesium.  In addition to helping the heart muscle beat, or contract, effectively, magnesium is also critical to the electrical activity in the heart.  This accounts for the list of heart rhythm problems that are amenable to magnesium therapy, including ventricular tachycardia, ventricular fibrillation, atrial fibrillation, paroxysmal supraventricular tachycardia and the rhythm disturbances associated with heart attack.

On the molecular level, magnesium is essential for the sodium potassium pump for each cell and for the proper flow of calcium out of cells. It is considered “nature’s calcium channel blocker”, a term used to refer to a class of drugs that are used to control high blood pressure and other aspects of heart function.  Several physicians have noted that anyone taking potassium supplementation probably needs magnesium as well.

From these fundamental cellular activities, it is easy to see why magnesium deficiency could manifest as one or more of staggering array of diverse symptoms in the body.  While much medical research is directed at magnesium function in medical emergencies and cardiac surgery, there are also more common problems associated with the problem of magnesium imbalance.

Dr. Rogers published an article in the International Clinical Nutrition Review in July of 1991 entitled, Unrecognized Magnesium Deficiency Masquerades as Diverse Symptoms: Evaluation of an Oral Magnesium Challenge Test.  Since the blood tests for magnesium status are not very reliable, she simply gave the mineral to a diverse group of patients for two weeks and looked at the amount in the urine before and after therapy, as well as clinical outcome.   The following symptoms were reported as improved:  insomnia, depression, headache, anxiety, chronic fatigue, muscle spasm, palpitations, asthma, skin tingling and numbness, and more.  Now this is not to say that magnesium deficiency is the sole explanation for these diverse symptoms or conditions, but rather that it is an important contributing factor.

So, if it is so important, why is it not diagnosed and treated more often?  One of the reasons is that there is no current blood, serum or urine tests that measure accurately the amount of the mineral in the body.  I have found the packed red and white blood cell magnesium test to be the most valuable and in most patients it is low. Some doctors recommend an oral or intravenous challenge test with measurement of the urine output.  Others simply offer an empirical trial of magnesium therapy for two weeks or so.

There are many reasons for magnesium deficiency in so many people. Firstly, the U.S. Government collected data showing that the average American consumes only 40% of the recommended daily allowance for the mineral.  Magnesium consumption was particularly low among adolescent females, adult females and elderly men (75 to 85% of these groups were taking in less that the RDA).  Diets high in fat, sugar and salt and processed foods are another reason for low intakes, as well as any problem in the digestive tract that may interfere with absorption.  There are also many common medical conditions associated with low magnesium, including diuretic therapy and alcoholism,

The best way to get magnesium in the diet is to eat seed foods, including whole grains, nuts and beans.  Other foods which are relatively rich in magnesium include buckwheat, whole wheat and leafy green vegetables, including collard greens and parsley.  The mineral is also available in seafood, nuts and fruits.  Also, you can protect the magnesium levels in your body by avoiding the magnesium wasters: saturated fats and soft drinks, especially those containing caffeine.

I believe most people need magnesium supplements in order to restore and maintain optimal metabolic health. Magnesium citrate powder (Natural Calm) at bedtime is a great way to increase body levels and improve sleep and relaxation.  Magnesium glycinate is also well absorbed and can be taken with meals.

Intravenous magnesium is one of the most potent tools in nutritional medicine.  I have administered thousands of nutritional IVs to patients and it is the magnesium that usually creates the biggest effect for people.  Most people feel relaxed and are able to sleep better.  It also usually helps to reduce muscle pain, soreness and spasm, and can reduce the spasm associated with headaches, migraines and asthma.  Many people schedule a nutritional IV when they feel tired and run down or notice pain and stiffness.  This routine IV contains high doses of magnesium, as well as other minerals such as zinc, calcium, selenium and manganese, and a range of B vitamins, all topped off with a big dose of vitamin C.