Once again medical research shows that the Multifunction Cardiogram (MCG) is an tool for identifying coronary artery disease, the number one cause of death in our society.  MCG is also more accurate, less expensive and non-invasive compared to other cardiac screening tests such as:

Your heart is a wondrous part of your body wisdom as it pumps for a lifetime, constantly adjusting flow dynamics to meet the needs of the moment.  Consequently chest pain, angina, or heart attack often not occur until the blockage is 80% or greater and then people are swept into the ER where Cardiologists perform angiograms and then stents, angioplasties and cardiac bypass procedures, all of which are symptom relieving and do not address the cause of coronary blockage.

MCG is capable of accurately detecting coronary artery disease at earlier stages (<70% lumen encroachment), exceeding the capabilities of many other techniques and allowing earlier intervention at stages where coronary artery disease may be controlled by lifestyle changes or medication.  .  MCG will also show the decreasing coronary blockage over time with proper nutritional and lifestyle therapy.

OBJECTIVES: The aim of this study was to evaluate the accuracy of the Multifunction CardioGram (MCG) in detecting the presence of functionally significant coronary ischaemia. 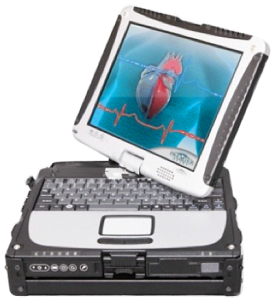 CONCLUSIONS: The MCG showed high specificity with a high negative predictive value, suggesting that the MCG could be used not only to identify functionally significant ischaemia but to reduce unnecessary CAGs