MINERAL DEFICIENCIES ARE WIDESPREAD IN AMERICANS

Knowledge / Articles / MINERAL DEFICIENCIES ARE WIDESPREAD IN AMERICANS
Share this...

MINERAL DEFICIENCIES ARE WIDESPREAD IN AMERICANS

“You can trace every sickness, every disease, and every ailment to a mineral deficiency,” 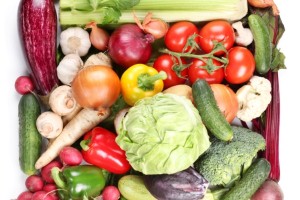 The HANES I and II Studies (Health and Nutrition Examination Survey) conducted by the Federal government in 1982 identified over 70% of the American population to be at risk for the clinical impact of long-term dietary deficiencies.

More than 50% of Americans consume inadequate amounts of calcium, including people in all age, sex, and ethnic categories.

The available evidence supports the hypothesis that zinc deficiency is an important public health problem both internationally and domestically (zinc is required for every aspect of immune function).

American Farmland Is Mineral Deficient and So Are We 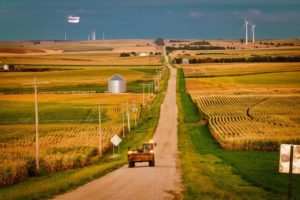 “99% of the American people are deficient in minerals, and a marked deficiency in any of these important minerals actually results in disease. Out physical well-being is more directly dependent upon the minerals we take into our systems than upon calories or vitamins, or upon precise proportions of starch, protein or carbohydrates we consume.

This discovery is one of the latest and most important contributions of science to the problem of human health. Most of us today are suffering from certain dangerous diet deficiencies which cannot be remedied unto the depleted soils from which our foods come are brought into proper mineral balance.  The alarming fact is that the foods – fruits, vegetables and grain, now being raised on millions of acres of land that no longer contains enough of certain needed minerals are starving us – no matter how much of them we eat!”

“25% to 85% of nursing home residents are malnourished”

The prevalence of malnutrition in hospitalized older adults has been reported to range from 7% to 85%, depending on diagnostic criteria used.”

Conditions associated with malnutrition in the elderly:

Prescription Medications Can Cause Nutrient Loss

The following commonly prescribed drugs are associated with nutrient depletion:

Inadequate intakes of vitamins and minerals from food are widespread in the U.S.

Nutritional Deficiencies and “not Feeling Well”

“Marginal vitamin deficiency is a middle ground between adequate nutritional status and the point at which frank deficiency disease symptoms develop”. Because there are no specific symptoms, this intermediate stage of depletion is frequently not apparent. In lay terms, it may be just the difference between feeling “at one’s best” and feeling “under the weather.”

“Marginal deficiency . . . may affect the body’s ability to resist disease and infection, its ability to recover from surgery, stress or disease, the ability of the brain to function at a higher level and, in general, the optimal development and efficient function of the total person.”

The Kellogg Report: The Impact of Nutrition, Environment & Lifestyle on the Health of Americans. JD Beardsley, et al Annandale-On-Hudson, NY 1989

Many critics of nutritional supplements claim that they have not been proven to be safe in rigorous double-blind placebo-controlled studies like those required to prove drug safety. The Dietary Supplement Health and Education Act of 1994 (DSHEA), outlines the documented safety records of supplements, refuting the contention that dietary supplements should meet the same guidelines as pharmaceutical drugs.

According to data from the 2002 Poison Control Center database on the risk of death from various sources in the USA: