OXYTOCIN, AN OPIOID ALTERNATIVE, READY FOR REGULAR CLINICAL USE TO MANAGE CHRONIC PAIN

OXYTOCIN, AN OPIOID ALTERNATIVE, READY FOR REGULAR CLINICAL USE TO MANAGE CHRONIC PAIN 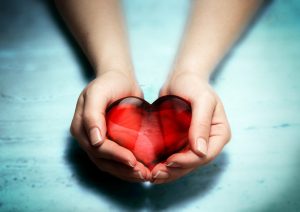 From a purely pharmacologic and physiologic perspective, we really have not had a relatively safe, potent alternative to opioids since the 1890s. In those early days, doctors at Brompton Hospital in London described the use of opioids, morphine, and heroin, as well as a stimulant known as cocaine, which when combined (aka the Brompton cocktail) was prescribed to lessen the pain associated with a terminal illness.1 Anti-inflammatories made their first appearance with the introduction of aspirin.2 Since then, there have been new medications and many me-too analgesic compounds, but the pharmacologic properties of almost all of the currently available analgesics were established and clinically implemented more than a century ago.

Yet, a safe and effective option with a unique pharmacologic mechanism that has been right in front of us — oxytocin — has emerged as an excellent pain reliever. To most, oxytocin is known as the love hormone, as this naturally occurring substance has been recognized for its favorable role in social bonding and sexual pleasure. More recent evidence has focused on the role of oxytocin in protecting the nervous system during times of stress so that individuals remain in place rather than flee.3

Relief Far Beyond the Most Common Use

Our growing understanding of this neurotransmitter-acting hormone has led to an appreciation of its involvement in the modulation of both physiologic and emotional functionality.3Research has yielded ample proof of its role as an efficacious nociceptive agent with great potential for pain management far beyond its more traditional use in childbirth.3

Given the urgent, public health need for immediately available opioid alternatives to meet the needs of our chronic pain patients, I along with a few colleagues, have been working hard to determine appropriate formulations, dosages, and clinical applications for oxytocin.4,5 I take this opportunity to draw attention to the clinical evidence that supports the suitable use of oxytocin for long-term relief of chronic pain. It is time we herald oxytocin as a very favorable pain management alternative to opioids. 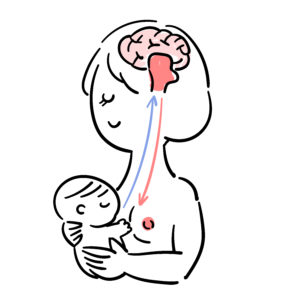 Understanding the pain-relieving potency of oxytocin has its basis in our understanding of the maternal bond. Consider the mother and her newborn. Social scientists recognized and demonstrated the function of oxytocin as the natural driver sustaining women through the painful process and suffering of childbirth. Physicians have sought to ease a difficult labor without hesitation by administering a dose of exogenous oxytocin. In doing so, it seems that the use of oxytocin to produce uterine contractions, induce delivery, and initiate post-birth nurturing has skewed, even limited, the pain management community into viewing it as useful for this singular purpose. By considering synthetic oxytocin as a one-purpose medication, practitioners have undermined the vast pain-relieving potential of this neurohormone.

In effect, oxytocin is the body’s most potent, natural pain modifier, not just for labor and delivery, but also for many types of chronic pain. Basic science as well as clinical experience now supports a clear mechanism for oxytocin as a major, natural pain-reducing agent that is released when a person sustains a fall, experiences a trauma, or suffers from other painful events.3,6,7

Ongoing studies have been elucidating the routes of action to explain the ways in which the hormone, oxytocin, may act as a powerful pain reliever with opioid potency.3,6-10 Produced in the hypothalamus, oxytocin is released into the peripheral circulation via the posterior pituitary, as well as into the central nervous system, including spinal fluid. At times of stress or pain, surges of oxytocin are released into the peripheral nervous system as well. There are neuronal projections from the hypothalamus to receptors in the dorsal horn of the spinal cord that function to prevent pain signals from reaching the brain.11 Oxytocin receptors also are located at multiple sites in the brain and throughout the spinal cord.12

In addition to activating its own receptors and decreasing pain signals, oxytocin binds to opioid receptors and stimulates endogenous opioid release in the brain.13-15 Naloxone will actually block some of the pain-relieving action of oxytocin just as it does with exogenously administered opioids.16 Oxytocin also stimulates cannabinoid receptors and is known to relieve pain as well as induce a feeling of calm, and lower serum cortisol, stress, and anxiety.17 Besides its analgesic capability to lessen pain during labor, growing evidence of oxytocin has been reported to relieve the pain associated with headache, chronic back pain, constipation, irritable colon, and fibromyalgia.18-23

Do not let its short half-life dissuade you from considering its utility for pain management. While administering exogenous oxytocin does not remain in serum longer than a few minutes, it is able to cross the blood-brain barrier, enter the spinal fluid, and stimulate multiple receptors long after it is likely to be measurable in the serum.24,25

My pain group in West Covina, California, has been studying the efficacy of oxytocin to determine practical dosages, routes of administration, and appropriate clinical uses for this hormone.4,5Although the literature commonly refers to its application via the intranasal route, it may also be effective when administered sublingually (buccal route) as a liquid, dissolvable tablet, or troche. Dosages of 20 to 80 international units (IU) will usually lessen chronic pain within five to 15 minutes. Pain relief may be sustained for two to four hours, while some patients have reported being pain free for as long as six to eight hours.4,5

There are few concerning adverse events associated with exogenous oxytocin, and any side effects are mostly subjective and transient, with reports consisting of dizziness, nausea, and dysphoria.26 Also, no known drug interactions have been observed or reported by patients in my clinic.4,5 We have administered oxytocin to patients who also were taking ketamine, low dose naltrexone, benzodiazepines, neuropathic agents, and opioids, with no observed or reported adverse reactions.

In fact, the apparent and relative non-interaction of oxytocin with common pain-relieving medications supports its favorable safety profile. We have prescribed it both as a regular pain lowering, maintenance agent and for pain flares in lieu of an opioid. My patients with chronic pain conditions have received instructions to take oxytocin two to three times a day.5,20 The potency of oxytocin is the equivalent of about 30 mg of oxycodone or morphine.

Not a Magic Bullet, But a Great Option

It is important to acknowledge that oxytocin, as is the case with any pain reliever, will not produce pain relief in every patient. The pain-relieving ability of this hormone will likely vary from patient to patient, and its effectiveness undoubtedly will be related to intrinsic blood levels, sex, and pain severity, among others factors known and unknown.

In summary, oxytocin is a hormone with a strong, pain-reducing potential that represents a relatively safe alternative to opioids for some patients. Oxytocin appears to offer pain practitioners a potent, intrinsic analgesic that has a complex and formidable production, release, and receptor system that clearly supports its pain-relieving properties.

Admittedly, there is an urgent need to offer patients with chronic, intractable, severe pain conditions an array of alternatives so they are able to medically manage their pain and effectively maintain their function. At the same time, we are challenged to lessening any opportunity for misuse or abuse of opioids, allowing that opioids may be a necessary pain reliever of last resort. As such, it is timely to herald the possible introduction of oxytocin, as an opioid alternative, for new patients who will present with a chronic pain condition so they are not compelled to turn to a potent opioid as the only answer to their unrelenting pain.