The following is adapted from the extensive experience of Dr Omar Amin, Director of the Parasitology Center in Scottsdale, Arizona.  Dr. Amin’s broad experience and research in Africa, the middle East, Asia, and the Americas has made his lab one of the best parasitology centers in world. He collaborates with hundreds of health professionals, many of whom are alternative health practitioners, in all 7 continents.

A parasite is a microbe that lives inside or on a host organism and gets its food from or at the expense of its host. There are three main classes of parasites that can cause disease in humans: protozoa, helminths, and ectoparasites.

Many people tend, including physicians, have heard about a few parasites such as amoeba or giardia, but they tend to overlook the relationship between parasites, chronic digestive disorders and chronic illness in general.

The common belief that peoples in the US are free of parasites is an illusion. Some estimate that about 50 million American children are infected with worm parasites; only a small portion of which is detected and reported.

Microscopic, single cell parasites, called protozoans, make up about 90% of all parasitic infections in the US according to the Centers for Disease Control and Prevention.

The most recent statistics of the worldwide prevalence of certain selected parasites follows:

HOW WE CONTRACT PARASITES.

Parasites are sometimes invisible (micro-organisms) and sometimes visible to the eye and called a macro-organism, and they all need to obtain nutrients by feeding off host tissues or body fluids that contain the specific biochemicals that it needs.

There are parasites for every single tissue of the human body.  A parasite has to gain access via the oral cavity with contaminated food or drink if it is to cause infection. Other portals of entry are less common.

Eight ways by which humans can contract parasitic infections are summarized below:

Some of the most common microscopic human parasites (Protozoa) are transmitted via drinking water contaminated with fecal material from infected persons. This simple cycle occurs in water from running streams as well as from tap water in homes in large US and Canadian cities served by surface water treatment plants. Parasites transmitted in this manner include Cryptosporidium and Giardia 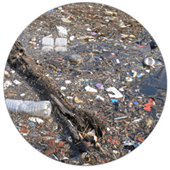 This is the only method of infection available to certain parasites such as the schistosomes, some of the deadliest fluke (trematode) parasites of mankind. After emerging from the snail host, the infective larvae penetrate the skin of a person, such as a swimmer, agricultural worker, child playing, and migrate in the human body ending up as adults in blood vessels (hepatic portal system).

To get infected, one has to be exposed in an endemic area, such as Africa, China, Mexico, Puerto Rico. At PCI, we have identified eggs in fecal samples from an isolated area near a stream in California nearby where a population of Vietnamese immigrants have settled. 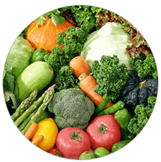 Food intake is perhaps one of the most common ways of transmission of parasitic infections caused by microscopic (Protozoa) and macroscopic (worm, helminth) parasites alike. For example, Blastocystis and the cysts of the amoebas  are infective when swallowed with contaminated food via the fecal-oral route. This can occur in a household setting or a restaurant. Similarly, the ingestion of the eggs of the human roundworm, Ascaris, readily occurs when fresh vegetables, ex., lettuce, grown in farms fertilized with infected human waste, are eaten without proper washing.

Most blood sucking insects can transmit parasites with their bite as they attempt to feed on human blood. In the US, ticks transmit lyme disease, Rocky Mountain spotted fever, relapsing fever, Colorado tick fever, babesiosis, and rabbit fever. 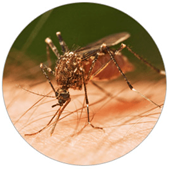 If a person has had a history of a recent insect bite in any temperate or tropical part of the world, his/her blood should be tested for parasites. Insect-borne pathogens normally cause no harm to their natural hosts, such as a rodent, but become highly pathogenic in humans, which is an unnatural host. 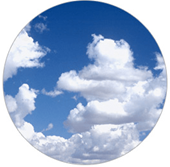 Air-borne viruses, bacteria, and fungi are usually eliminated with the feces of their natural host, or reservoir, which is usually wildlife,  but they infect humans upon accidental inhalation. Examples in North America include histoplasmosis, Valley fever, and Hanta virus. These diseases are associated with bat guano, dust, and rodent feces, respectively. 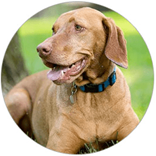 They can eventually infect the liver, lungs, and brain as life threatening hydatid cysts. Other worm parasites (helminths) are also readily transmitted from pets and other animals to man. Most notable are Taenia, the beef and swine tapeworms that infect humans when they consume and ham contaminated with larvae of these tapeworms. 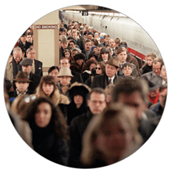 Close human-to-human contact is conducive to transmission of quite an assortment of sexually transmitted diseases including AIDS and herpes as well as other viruses causing cold and flu. Eating food in a restaurant or at home that may have been contaminated with Taenia eggs or Entamoeba cysts from the servers fecal through improper sanitary practices will surely produce infections with cysticercosis, a tapeworm which may cause lumps under the skin and can spread by contact with tapeworm-infected human feces. Contaminated food, water, and dirty hands are all sources. A recent inspection of an expensive restaurant in Los Angeles showed that 100% of all employees (not just servers) had fecal matter under their nails. 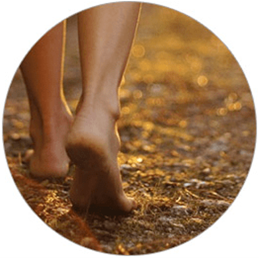 Nematodes are called roundworms because their bodies are long, cylindrical, and tapered at each end. Most members of this large group are tiny. Some eat plants, animals, or dead material, while others lead a parasitic lifestyle. Certain roundworm parasites spend their transitional stages between one host and another as immature larva in warm moist soil. Walking bare-footed or sitting on feces contaminated soil in a wooded area or by a lake side may invite the larvae of hookworms to penetrate the exposed skin and migrate in the body to finally become adults in the intestinal tract where the damage is done. Hookworms are intestinal, blood-feeding, parasitic roundworms that cause types of infection known as helminthiases. Hookworm infection is found in many parts of the world and is common in areas with poor access to adequate water, sanitation, and hygiene.