Knowledge / Articles / PSYCHOTHERAPY PREVENTS CANCER RECURRENCE IN ALL PATIENTS IN A 13 YEAR PROSPECTIVE STUDY
Share this... 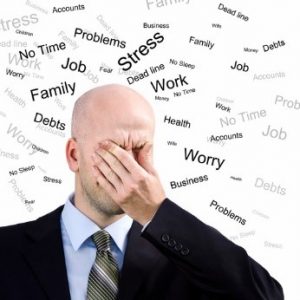 In this remarkable article, Dr. Eysenck explores psychological stress as a cause of cancer by reviewing three different prospective studies. Three groups of patients with cancer were all treated with conventional chemotherapy and radiation were followed over a 10 year period before inquiring about cause of death or survival.  The groups were studied in terms lifestyle factors such as cigarette smoking, alcohol intake, personality variables and other medical diseases.

As he says in his summary, personality variables were much more powerfully predictive of death from cancer or heart disease than any other risk factor including cigarette smoking. The key personality factor was how people dealt with stress which was found to be the most potent predictor of death adding a 40% increase risk of death when compared to non-stressed participants.

However, in order to say that stress causes cancer it was necessary to teach patients how to reduce stress in their lives and see how they did over the 13-year follow-up period.  And that is exactly the design of the third group of 100 patients.  Again, all patients were treated with chemotherapy and radiation and randomly assigned to two groups,

The Treatment Group received “behavioral training” which included the following:

The Control Group received no training.

The following are the results of the study at the end of the 13 years:

Therefore, stress is a cause of cancer, which is a powerful statement in 1988.  Today much has changed as quantum physicists tell us that consciousness creates reality. The foundation of mindbody medicine is that each of us creates our life experience in co-creation with those around us.  It is our beliefs, both conscious and unconscious that orchestrates the quantum field into the solid 3rd “reality” that we live in day to day.

Basically, we each create all the dis-ease in our lives, not for the purpose of suffering, but for the purpose of learning about ourselves and ultimately healing. If a cancer patient learns to reduce his or her stress, embrace the challenges in life as something to be learned and begins to follow their passion and excitement in life, then the disease has served its purpose and is no longer needed. Basically, do not expect to be the same person before and after successful cancer therapy.

This paper reports results from three prospective studies, in which probands were

followed over periods of 10 years, before inquiring about death and cause of death.

Personality inventories were administered at the beginning of the 10 year period, as

cardiovascular disease than was smoking, and that different personality types were

susceptible to either of these two diseases. Personality type was defined in terms of

differential ways of dealing with interpersonal stress, and it was found that stress

was a very potent cause of death, in the sense that stressed probands had a 40 per