Knowledge / Articles / PLACEBO EFFECT IS GETTING STRONGER
Share this... 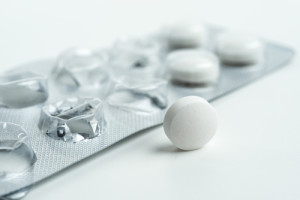 ‘The creative power of human thought is becoming stronger’ is a message coming from an unlikely source, the pharmaceutical industry, not exactly a bastion of the new age consciousness.  Big Pharma is always looking for the next blockbuster drug, such as Prozac, and many of their promising new drugs are proving to be no better than the sugar pill placebo.

What makes this even more disturbing is that the placebo effect is stronger than it was years ago. Could it be that the human mind as it focuses its power into belief is more effective at eliminating depression than the pill prescribed by your medical doctor? This is certainly a disturbing notion to the financial officer peering over the shoulder of the research scientist in the labs of the drug industry.

In 2002, sales at the pharmaceutical giant Merck were falling behind competitors, and stock prices were plummeting.  In interviews with the media, Edward Scolnick, Merck’s research director, said that his strategy for improving company revenue was to “move strongly into the antidepressant market” which totaled 9.8 billion in sales in 2005, with about 10% of the total American population taking this class of drugs.  Scolnick told Forbes magazine; “To remain dominant in the future, we (Merck) need to dominate the central nervous system.”

Merck’s efforts to “dominate the central nervous system” were based on an experimental antidepressant codenamed MK-869, which had performed very well in preliminary research and with few side effects.

The “mood market” research scientists study the biochemistry of consciousness looking for innovative ways to intervene with a synthetic chemical, which they can patent, so as to produce transient feelings of well being, most often less anxiety or depression.  Once they push the chemical through efficacy and safety studies for approval, it then enters their billion dollar marketing programs which target doctors and patients alike and, voila, they have another blockbuster product.

Well, MK-869 looked like a dream to Scolnick as Merck proclaimed their anticipated success at a meeting of 300 securities analysts, but then the research data started to come in. Indeed, test subjects taking MK-869 felt better with less anxiety and depression, but so did the same number of people in the study who took a sugar pill.

The only way a drug can be considered effective is to perform better than the placebo, commonly a sugar pill or some other inert substance. 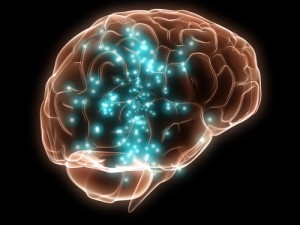 A placebo is a treatment that produces a positive result simply because the patient believes the treatment will work. The placebo itself has no intrinsic medicinal properties to produce that benefit.

Placeboes have been shown in endless medical studies to produce a 35-45 percent improvement in whatever medical condition is being treated. Even doctors who are otherwise skeptical about the psychological aspects of illness accept, and often utilize, the power of placeboes.  But for the research pharmacologist and Big Pharma, the placebo effect is an embarrassment.

So Merck’s effort “to dominate the central nervous system” crashed under the power of the natural healing system built into every human – the power of thought as it coalesces into belief.  As a practitioner of mindbody medicine, I am grateful to Merck for their research.  But it is not only Merck researchers discovering the healing power of the human mind, other drug companies discovered the same thing, and, surprisingly, the placebo effect seems to be getting stronger.

According to a study performed by two New York University researchers and published in 2008, Big Pharma spends 13.4% of its $235.4 billion is US sales on research and development.  Interestingly, they spend almost twice that amount on promoting their drugs to doctors and patients. But even with this historically high level of research money, the FDA approved only 19 of their first-of-a-kind drugs in 2007, which is the fewest approvals since 1983.  And, about half of all drugs that fail Phase III studies do so because they are no better than sugar pills.

Even more confounding to the drug industry are studies which show that blockbuster antidepressants like Prozac, which has been on the market since the late 90s, might not be approved now because they are may not be as effective as the placebo.

In a study published in the Journal of the American Medical Association in 2009, popular antidepressants do indeed lift depression, but the benefit is hardly more than the placebo effect when a patient takes a dummy pill and simply believes he or she is getting a genuine medication.  “Antidepressants are basically expensive TicTacs,” according to an article published in Newsweek magazine in January 2010.

The issue here is that the old drugs are not getting weaker, but rather the placebo effect is getting stronger. Two comprehensive analyses of antidepressant trials have uncovered a dramatic increase in placebo response since the 1980s. One estimated that the so-called effect size (a measure of statistical significance) in placebo groups had nearly doubled over that time.

The increasing number of medications unable to outperform sugar pills has thrown Big Pharma into a tizzy and research scientists are scrambling for answers. However, as a practitioner of mindbody medicine the placebo is clearly understandable in light of the fundamental truth that has emerged from the world of quantum physics and aligned with the timeless wisdom of ancient spiritual and mystical traditions: consciousness creates reality. 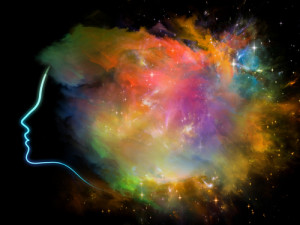 The world you live in is shaped by your thoughts, beliefs, and attitudes, but you must align your belief with your unconscious mind which is cluttered with conflicting beliefs, doubts, and fears mostly seeded during our childhood.  Basically, when you believe any treatment is going to work, it is much more likely to do so.  And, conversely, when you doubt that a treatment is good for you, it is more likely to fail.  Also, when you believe that your disease is serious and difficult to treat, it becomes so.

As many astute physicians and healers have noted over time – all healing is self-healing and the myriad drugs, herbs, potions, diets, and other treatments may just be mobilizing your own built-in healing power.

As Norman Cousins writes in his book, Human Options, “The placebo is the doctor who resides within. . . .the same pathways and connections that come into play through the use of placebos can be activated without placebos. The main ingredient is the human belief system.”