Bio-identical Hormone Therapy is the process of restoring and maintaining hormone balance with hormones that are biologically identical to hormones produced by the human body. 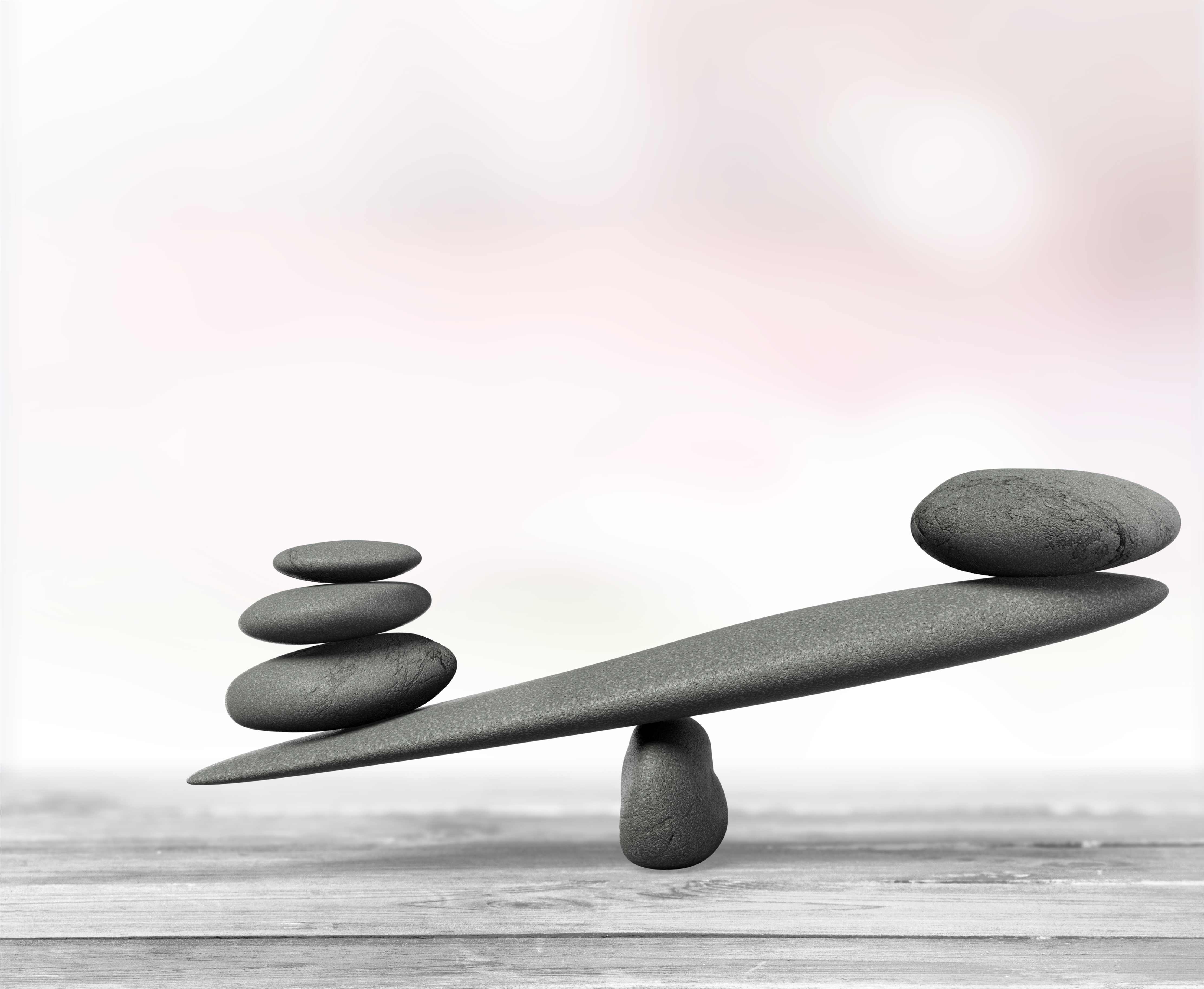 Bioidentical hormones have been available and used in hormone treatments for decades.   They can be custom compounded to match each patient’s unique needs and body chemistry, instead of the “one size fits all” approach used with off-the-shelf hormones.

Hormone therapy requires appropriate medical testing, examination and discussion of symptoms. Dr Peters and other staff at MindBody Medicine Center have extensive experience with bioidentical hormone therapies for hormone imbalances such as:

PMS affects close to 70% of all women in their reproductive years.It is characterized by symptoms that usually occur during the 7 to 10 days before menses, the most common being: 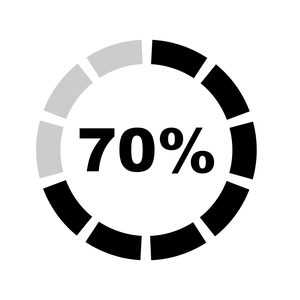 While controversy continues on what causes PMS, theories include poor nutrition, low levels of progesterone and/or the estrogen hormones, intestinal yeast overgrowth and thyroid disease. A Gynecologist can perform a physical examination to rule out other conditions such as endometriosis or ovarian cysts. A menstrual diary that correlates symptoms with the menstrual cycle also helps to differentiate PMS from other medical conditions.

Treating PMS may require a combination of solutions, including bioidentical hormone therapy, changes in diet, and other lifestyle modifications.

Infertility is the inability to conceive a child and could be due to many different factors. One cause of infertility is luteal phase defect. This is inadequate progesterone production during the luteal phase of the cycle. Progesterone prepares the uterine wall for the implantation of a fertilized egg and supports the egg throughout a full-term pregnancy. Research indicates that “bioidentical” progesterone can raise the body’s progesterone level and help women to conceive and carry a full-term pregnancy. When progesterone is low, there may be inadequate support for the fertilized egg which can result in a miscarriage.

After the birth of a child, postpartum depression (PPD) can occur. PPD is characterized by frequent teariness or more extreme feelings of being unable to cope, rage, or the mother’s fear that she may hurt herself or her baby. These feelings can occur anytime within the first year following childbirth. PPD has different levels of severity ranging from the “baby blues” to psychosis. Having the “baby blues” is characterized as a short period of anxiety and weepiness due to the shift in hormones immediately after birth. In the most severe case of PPD psychosis, mothers can experience extreme rage, severe depression, and delusions.

The treatment for these women may include a complete assessment of the individual’s needs, including specific lab evaluations, psychiatric assessment, education, therapy, support, and medications, including bioidentical hormones, as needed.

Menopause is a gradual, natural life transition from the reproductive years to the post-reproductive years. Some women pass through this stage with few symptoms, while others may be debilitated by them. Symptoms may begin during perimenopause, the time prior to or around menopause, which is officially diagnosed only after the final menstrual period. The most common symptoms include:

As women age, the ovaries begin to decrease production of estrogens and progesterone, the menstrual cycles become more irregular. In a healthy woman the decline in estrogen levels is slow and steady and the body adjusts peacefully with few symptoms, such as a few hot flashes or night sweats. However, if the decline in estrogens is too rapid, or if the woman has other common medical problems such as thyroid or adrenal imbalances, digestive problems with nutrient malabsorption, then the signs and symptoms of hormone decline can be dramatic.  There are many estrogen receptor sites in the female brain, and for some women, menopause brings mood disturbance, such as anxiety and depression.  Sometimes a woman notices impaired focus and concentration as well as sleep disturbance and 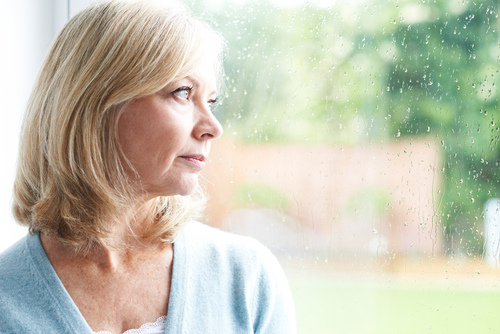 fatigue.  Eventually, ovulation and menstruation ceases and production of estrogens and progesterone declines dramatically. This process can span anywhere from 2 to 10 years.

During this transition, treatment may vary greatly, depending on the severity and duration of symptoms. Options typically include combinations of herbal and non-herbal remedies, dietary changes, exercise, yoga, meditation, and hormone therapy (bioidentical or conventional hormone supplements).

Menopause can also be artificially induced if one or both ovaries is impaired or removed (oophorectomy), or as a result of chemotherapy or radiation to the pelvic area.

At some point in their lives, many women experience a loss of interest or pleasure in sexual activity. Female sexual dysfunction occurs if these problems recur or persist to the extent that they cause distress.

There are many causes of sexual dysfunction and most are readily treatable. A thorough pelvic exam will reveal if there are physical changes that may be affecting sexual pleasure. Hormonal shifts, like those occurring after pregnancy and during menopause, can also lead to sexual dysfunction. While the role of estrogens is well known, imbalances in thyroid hormone, progesterone and testosterone can also affect sexual function.

Other causes include health conditions such as sleep apnea, diabetes, and depression. Also, many common medications dampen sexual response, including antidepressants and blood pressure drugs.

Even though a woman’s “normal” amount of testosterone is only a minute fraction of that of a man’s, it is still vital for both sexes. Aside from its obvious roles in sexuality, testosterone is also essential for maintaining strong muscles and bones, and is important to cardiovascular health.

As we age, testosterone levels diminish, which can be particularly problematic for women because it is far less abundant to begin with. Common signs of a potential testosterone deficiency include:

Women typically begin to experience these symptoms after menopause, as their hormone levels decline. However, pre-menopausal women can also be deficient in testosterone due to childbirth, endometriosis, or substance abuse. Even some medications, such as birth control pills, chemotherapy, and antidepressants, can interfere with the body’s ability to make use of the testosterone available. 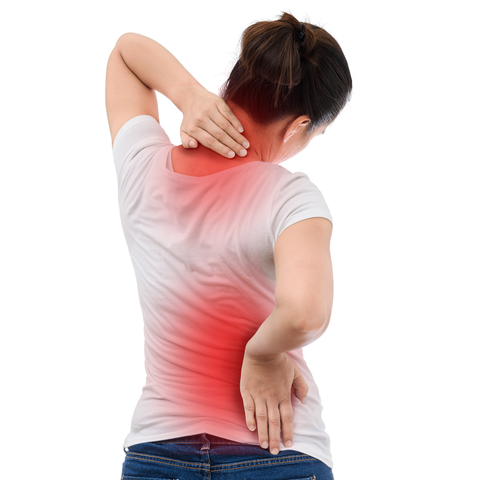 Osteoporosis is a progressive disease of the skeletal system in which bone density decreases and bone structure deteriorates. Eventually, bones become so brittle and porous that they can fracture from even mild stress. There are no tests to measure bone quality, so osteoporosis is diagnosed by measuring bone mineral density, usually through x-rays of the hip or spine.

While some illnesses and medications (especially corticosteroids) can cause bone loss, most people develop osteoporosis as a result of the aging process. In women, bone loss accelerates with menopause due to decreased production of estrogens and other hormones that contribute to bone health.

In early stages of osteoporosis, there are no symptoms. As bones become weaker, symptoms may begin to appear, including:

Treatments that can slow down or even reverse bone loss include weight-bearing exercise, supplements, bioidentical hormone therapy and medications that inhibit bone breakdown.

As its name implies, chronic fatigue syndrome is a condition characterized by persistent, debilitating fatigue that doesn’t improve with rest, and may worsen with physical or mental exertion. Women are two to four times more likely to develop this condition, which can persist for years.

Symptoms typically start after an infection, viral illness, or stressful event. However, the syndrome can begin gradually without any obvious trigger.

Diagnosis is made only after all other causes of severe fatigue are ruled out, and if four or more of the following symptoms persist or recur for at least six months in a row:

Once considered incurable, chronic fatigue syndrome will resolve with a vigorous program of health promotion in all systems of the body, including the mind.  The body is a symphony of complex systems working together, including digestion, assimilation, immunity, hormone production, detoxification, lymphatics and much more.  The mind controls the body, but much of the mind is unconscious and conditioned by childhood experiences.  Using the tools of mindbody medicine, you can transform chronic fatigue into learning, growth and healing based on the right combination of treatment and changing lifestyle and mind style.. Bioidentical hormone therapy is certainly a part of this transformation.

Fibromyalgia is a chronic disorder characterized by intermittent “head-to-toe” pain, tenderness and fatigue. Fibromyalgia is more common in women, and the risk of developing it rises with age.

Symptoms vary in both number and intensity, and often co-exist with other illnesses, which makes diagnosis difficult. Symptoms often start after a physical or emotional trauma, and may include:

Although its cause is unknown, fibromyalgia seems to run in families and is often associated with other health problems, such as autoimmune disorders, chronic infections, and hormone imbalances.

Like chronic fatigue syndrome, fibromyalgia is a puzzle with many pieces, and you get the best results when all of the pieces are put together at one time.  Mindbody medicine offers comprehensive assessment and treatment that will usually eliminate or greatly reduce the symptoms of fibromyalgia.

Endometriosis is a condition where the endometrial tissue normally found inside the uterus is found outside the uterus. These cells then implant themselves onto other organs in the pelvic area, where they grow and cause pain, infertility, and other problems. There are various treatments for endometriosis. Depending on the severity of the condition, where the endometriosis is located, and the age of the individual, treatment may include surgery, medications and bioidentical hormones, as needed.

As with most complex illnesses, a comprehensive health promotion program in mind and body will provide good results.

Hypothyroidism is a condition in which the thyroid is under active. There are various symptoms of low thyroid function with the most common being:

The treatment may include bioidentical hormone therapy, nutritional supplementation, and changes in diet and lifestyle.

A health practitioner may take a complete history, thorough physical examination, and lab tests to rule out other medical imbalances. Treatment for hypoadrenalism may include diet, nutrition, education, and bioidentical hormone therapy.

A LIFETIME OF PROGESTERONE