Treating the cause of coronary artery disease 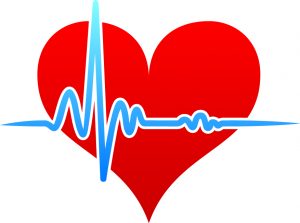 Finally, upon the advice of his daughter Chelsea, Dr. Dean Ornish, Dr. Caldwell Esselstyn and T. Colin Campbell, he is eating a plant based diet free of animal products. He has lost 35 lbs, and according to medical research is likely to reverse the blockage in his heart arteries.

Cardiologists are trained in the technology of angiograms, stents and coronary artery bypass procedures, all of which are symptomatic treatments and do not treat the cause of coronary artery blockage. The cause of the disease is the high fat, high protein American diet and the research is now clear. In order to reverse the disease, you need to change your diet. Contrary to what we hear on TV ads for Lipitor, diet is enough.

The patients in Dr. Ornish’s study who followed the advice of their cardiologist, taking statin and other medications, gradually increased the artery blockage, like Bill Clinton.

Dr. Esselstyn patients were “cardiac cripples” who were told by their cardiologist there was “nothing more that could be done” and some of them “had less than a year to live.” After the plant based diet, all of them are alive and symptom free 12 years later with angiographic evidence of reduced coronary blockage.

You can review the science behind this paradigm shifting approach to coronary heart disease in the following article by Dr. Esselstyn, which was published in the American Journal of Cardiology.

Is the Present Therapy for Coronary Artery Disease the Radical Mastectomy of the Twenty-First Century?
Caldwell B. Esselstyn, Jr., MD, American Journal of Cardiology, Vol 106, September 15, 2010

To fully grasp how so many smart, right-minded people could get it so wrong, it might help to start with a quick review of medical history. Take the radical mastectomy, conceived by William Halsted in the late 19th century. The procedure was intended to remove all cancer cells of the breast, the overlying skin, the underlying muscle, and regional lymph nodes. It was mutilating, permanently disfiguring, and no more effective than less radical, less disfiguring procedures.

Still, because of the prestige and respect Halsted commanded as a teacher of surgeons, his disciples defended and taught the radical mastectomy at the most revered medical colleges. His extreme surgery was perpetuated for almost a century, until challenges by courageous physicians in Europe (2,3) and America, (4) along with a prospective randomized study by Dr. Bernard Fisher, (5) finally sounded the death knell of this standardized surgical error of the century.

The 21st century analogue to this unfortunate chapter is the interventional and pharmaceutical treatment of coronary artery disease. This approach results in significant mortality, morbidity, and unsustainable expense. Neither the procedures nor the drugs that accompany them treat the cause. Standard care for coronary artery disease is nothing more than palliative. The purveyors of this treatment acknowledge that it is but a stopgap therapy. And as in the case of the radical mastectomy, there is a far more effective, cost-effective, and sustainable treatment.

Medications commonly used for this illness include blockers, angiotensin-converting enzyme inhibitors or angiotensin receptor blockers, statins, anticoagulants, and aspirin. The interventions include angioplasty with or without bare-metal or drug-coated stents, atherectomy, and coronary artery bypass surgery. Exercise may be prescribed and smoking cessation encouraged. Some patients may receive nutritional advice from a dietician or nutritional therapist, who often lacks knowledge or training in disease prevention and reversal.

For the minority of heart patients, specifically those in the midst of heart attacks or acute coronary syndromes, stents or coronary artery bypass may be lifesaving. For the rest, none of the present therapies targets the cause: the Western diet. As a consequence, the disease marches on in all patients, which leads to more drugs, stents, and bypasses, increasing heart damage, heart failure, and, too often, death, from an essentially benign, food-borne illness. (6, 7)

This food-borne illness has taken root in the hearts of even the “healthiest” followers of the Western diet, as proved by autopsy studies. (8–10) There is ample evidence linking diet and disease: in plant-based cultures such as rural China, (11) the Papua highlanders in New Guinea, (12) central Africa, and the Tarahumara Indians of northern Mexico, (13) coronary artery disease is virtually nonexistent. Conversely, plant-based cultures that adopt Western, animal-based nutrition promptly develop coronary artery disease.

The reverse is also true. Deaths from heart disease and stroke plummeted from 1939 to 1945, during World War II, when the occupying German forces deprived Norwegians of their livestock, and rationing resulted in greatly diminished animal-derived foods. Within 2 years of the restoration of meat and dairy consumption after the cessation of hostilities in 1945, (14) death rates from stroke and heart attack approached their pre-1939 levels.In 1985, I initiated a study that treated seriously ill patients with coronary artery disease with plant-based nutrition and succeeded in the arrest and reversal of their disease. This program has been published at (5,15 12,16 16,17) and most recently summarized at 20 years in my book Prevent and Reverse Heart Disease, (18) making it 1 of the longest investigations of its type in medical research.

The duration of the study is testimony that patients with coronary disease will adhere to these food changes for decades and beyond. Patients lose weight, blood pressure normalizes, and type 2 diabetes improves or resolves, as do angina, erectile dysfunction, and peripheral vascular and carotid disease. Angiographic reversal can be striking (Figure 2). Even more remarkable is the sense of control patients achieve when it comes to containing and reversing their disease.

Despite widespread and growing awareness of this straightforward, painless, and inexpensive therapy, it is infrequently used. Physicians assert that their patients will not follow this approach. The hundreds of patients we have treated and our original study participants, who switched from a Western diet full of oil, processed foods, meat, and dairy to plant-based nutrition, are testimony to the contrary.

Why have we succeeded where others have failed? Most physicians, who see 20 to 30 patients per day, have no time, background, or passion for nutritional counseling and lack training in behavioral modification. What is more, most insurance carriers do not reimburse for counseling. Time is at a premium in the physician-patient interaction. At the initial patient visit, a nurse, resident, staff physician, or assistant will perform a history and physical. The physician will review these findings, order tests, and, at the next encounter, share the test results and perhaps prescribe an intervention, and/or drugs, and a follow-up program. Often, nutrition is never mentioned.

A patient might meet with a nutritional therapist to develop a “balanced” diet, having nothing to do with disease arrest and reversal.Our success in counseling patients in how to arrest and reverse heart disease is directly related to the time and effort we expend to help them understand the connection between diet and disease. We succeed where others may fail because of attention to detail. We have evolved a single, intensive, 5-hour counseling session, which accommodates out-of state and local patients.

The first 3.5 hours of counseling include a detailed review of disease epidemiology and causation, the endothelial cell and its function, nitric oxide, food-borne endothelial injury, and how to achieve endothelial recovery and disease reversal. In the next hour, we discuss which foods to avoid and which to eat, including advice on how to read ingredients in nutritional labels and shop for food, how to eat out (at friends’ homes, at restaurants, and on the road), and how to prepare a variety of plant-based foods.

During the last 45 minutes, we serve a plant-based lunch, exchange ideas, and answer questions.We schedule regular follow-up by phone and/or e-mail with all patients. The result: patients report that this is the most significant and enduring medical encounter they have experienced.

Is the problem that they will not follow advice, or how the advice was offered, if at all? One of my surgical mentors used to say, “Inappropriate application of the method is no excuse for its abandonment.” We have found creative nutritional counseling to be highly effective. Although busy, physicians must develop an appreciation for nutritional counseling’s capacity to eradicate disease and can refer patients to a variety of specially developed programs, or delegate the counseling to members of their teams who have apprenticed in such programs.

Present cardiovascular therapy has become a standardized error, as it does nothing to prevent disease. The American Heart Association reports mortality rates of 1% for stents and 2.5% for coronary bypass surgery. (19) Thus, 1% of 1.2 million stents and 2.5% of 500,000 bypass surgeries translate into tens of thousands who die and thousands more who are crippled from the ensuing strokes, heart attacks, and morbidity. None of the drugs or procedures that constitute the lion’s share of the annual $500 billion expenditure on cardiovascular disease treat the cause or halt its progression. (20)

In contrast to the standard approach, this nutrition-based program is not dangerous, there is no mortality or morbidity, and aside from a modest counseling expense, it is virtually free, as we all must eat. The benefits of stents, bypass surgery, and drugs are transient as disease continues to progress, while those of counseling endure and improve with time.In the history of our profession, have we ever before developed an expensive, painful, nontherapeutic treatment of the leading killer of women and men while failing to inform them of the cause of their illness?

Sadly, today our adolescents are but a decade or two away from compounding this epidemic. It is time to tell the truth. Family history and genetic background do not cause this illness. It is not the luck of the draw. It is a matter of personal action and responsibility. Genes load the gun, but lifestyle pulls the trigger. It all starts and stops with our endothelium, the guardian and lifejacket of our blood vessels. If we destroy our endothelium, we develop the disease. If we restore our endothelium, we vanquish our disease.Of course, several mutually reinforcing institutional and commercial interests oppose this lifestyle intervention.

Every five years, the United States Department of Agriculture, controlled by agricultural interests, issues a food pyramid laden with foods that predispose millions of Americans to perish from cardiovascular disease. The pharmaceutical industry takes in billions in profits from heart disease, including $21 billion from statin drugs every year. (21) The stent industry makes $5 billion annually. (19) Ten percent of the Medicare budget is spent on stent procedures. (22)

With the existing financial rewards for the medical profession, it is difficult to imagine interventional cardiologists clamoring for fewer patients.The time is long overdue for legendary work. We can hardly be proud of a drug and interventional therapy that results in death, morbidity, inordinate expense, and disease progression and can never halt this food-borne epidemic. Every patient with this disease should be made aware of this safe, simple, enduring option to cure himself or herself.

Most coronary disease need never exist, and where it does exist, it need not progress. Present coronary artery disease therapy need not become the radical mastectomy of this century.

MULTIFUNCTION CARDIOGRAM: AN EASY TEST TO MEASURE YOUR HEART HEALTH

THE PALEO DIET IS UNCIVILIZED (AND UNHEALTHY AND UNTRUE)