HOW TO TREAT THE ROOT CAUSE OF DIABETES

After about age 20, we may have all the insulin-producing beta cells we’re ever going to get. So if we lose them, we may lose them for good. Autopsy studies show that by the time type 2 diabetes is diagnosed, we may have already killed off half of our beta cells.

You can kill pancreatic cells right in a petri dish. If you expose the insulin-producing beta cells in our pancreas to fat, they suck it up and then start dying off. Fat breakdown products can interfere with the function of these cells and ultimately lead to their death. A chronic increase in blood fat levels can be harmful to our pancreas.

It’s not just any fat; it’s saturated fat. As you can see in my video, What Causes Diabetes?, predominant fat in olives, nuts, and avocados gives a tiny bump in death protein 5, but saturated fat really elevates this contributor to beta cell death. Therefore, saturated fats are harmful to beta cells. Cholesterol is, too. The uptake of bad cholesterol (LDL) can cause beta cell death as a result of free radical formation.

Diets rich in saturated fats not only cause obesity and insulin resistance, but the increased levels of circulating free fats in the blood (non-esterified fatty acids, or NEFAs) may also cause beta cell death and may thus contribute to the progressive beta cell loss we see in type 2 diabetes. These findings aren’t just based on test tube studies. When researchers have infused fat directly into people’s bloodstreams, they can show it directly impairing pancreatic beta cell function. The same occurs when we ingest it. 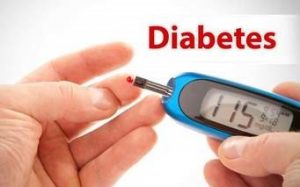 Saturated fat isn’t just toxic to the pancreas. The fats found predominantly in meat and dairy—chicken and cheese are the two main sources in the American diet—are considered nearly “universally toxic.” In contrast, the fats found in olives, nuts, and avocados are not. Saturated fat has been found to be particularly toxic to liver cells, contributing to the formation of fatty liver disease. If you expose human liver cells to plant fat, though, nothing happens. If you expose our liver cells to animal fat, a third of them die. This may explain why higher intake of saturated fat and cholesterol are associated with non-alcoholic fatty liver disease.

By cutting down on saturated fat consumption, we may be able to help interrupt these processes. Decreasing saturated fat intake can help bring down the need for all that excess insulin. So either being fat or eating saturated fat can both cause excess insulin in the blood. The effect of reducing dietary saturated fat intake on insulin levels is substantial, regardless of how much belly fat we have. It’s not just that by eating fat we may be more likely to store it as fat. Saturated fats, independently of any role they have in making us fat, “may contribute to the development of insulin resistance and its clinical consequences.” After controlling for weight, alcohol, smoking, exercise, and family history, diabetes incidence was significantly associated with the proportion of saturated fat in our blood.

I have a lot of videos on diabetes, including:

Michael Greger, M.D. FACLM, is a physician, New York Times bestselling author, and internationally recognized professional speaker on a number of important public health issues. Dr. Greger has lectured at the Conference on World Affairs, the National Institutes of Health, and the International Bird Flu Summit, testified before Congress, appeared on The Dr. Oz Show and The Colbert Report, and was invited as an expert witness in defense of Oprah Winfrey at the infamous “meat defamation” trial.

THE GLOBAL BURDEN OF DISEASE PROJECT: THE EPIDEMIC OF CHRONIC DISEASE IN AMERICA IS GETTING WORSE

THE PALEO DIET IS UNCIVILIZED (AND UNHEALTHY AND UNTRUE)