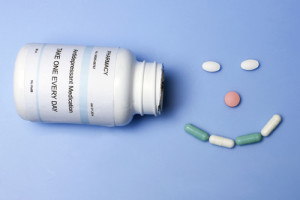 A meta- analysis of 61 studies in PLoS ONE found an increased risk of breast cancer for women taking an antidepressant.

“Reviewing the evidence is a critical public health issue in light of the increasing prevalence of antidepressant use, especially among women, and in light of the fact that one in eight women will be diagnosed with cancer of the breast during their lifetime.”

Antidepressants are increasingly being prescribed for other conditions such as hot flashes, headache, back pain, neuropathy, sleep-related conditions, anxiety spectrum disorders, eating disorders, and fibromyalgia.

Antidepressants are the third most-prescribed class of drug in the U.S. behind cholesterol- lowering drugs and painkillers.

Women, and increasingly children, are at highest risk of exposure to psychiatry’s harmful therapeutics. SSRIs, which disturb the brain’s chemistry, raising levels of serotonin, increase suicide and have been implicated in homicide cases. They are also linked to birth defects.

The PLoS One meta-analysis by Dr. Lisa Cosgrove and colleagues, analyzed 26 epidemiological and 35 pre-clinical animal studies conducted between 1965 and 2010.

They report the difficulty of uncovering the serious risks posed by SSRIs from the journal reports that fail to disclose serious negative findings. The tainted reports are often ghostwritten, but signed by prominent psychiatrists who have financial ties to drug manufacturers. The reports serve as industry promotional marketing vehicles–thus, any findings that might interfere with marketing goals are buried. 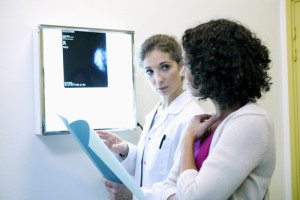 This analysis raises serious public health policy issues about how conflicts of interest by researchers and academic institutions skew the integrity of the research process, the scientific literature and clinical practice guidelines.

“The existence of researchers’ industry associations points to a generic risk that a financial conflict of interest may compromise the research process or undermine public trust…we need to develop mechanisms and policies that enhance public trust in the biomedical field (e.g., by creating ‘firewalls’ between industry and academic researchers). “

Antidepressants and Breast and Ovarian Cancer Risk: A Review of the Literature and Researchers’ Financial Associations with Industry

Background
Antidepressant (AD) use has been purported to increase the risk of breast and ovarian cancer, although both epidemiological and pre-clinical studies have reported mixed results [1]–[6]. Previous studies in a variety of biomedical fields have found that financial ties to drug companies are associated with favorable study conclusions [7].

Methods and Findings
We searched English-language articles in MEDLINE, PsychINFO, the Science Citations Index and the Cochrane Central Register of Controlled Clinical Trials (through November 2010). A total of 61 articles that assessed the relationship between breast and ovarian cancer and AD use and articles that examined the effect of ADs on cell growth were included.

Multi-modal screening techniques were used to investigate researchers’ financial ties with industry. A random effects meta-analysis was used to pool the findings from the epidemiological literature. Thirty-three percent (20/61) of the studies reported a positive association between ADs and cancer. Sixty-seven percent (41/61) of the studies reported no association or antiproliferative effect.

The pooled odds ratio for the association between AD use and breast/ovarian cancer in the epidemiologic studies was 1.11 (95% CI, 1.03–1.20). Researchers with industry affiliations were significantly less likely than researchers without those ties to conclude that ADs increase the risk of breast or ovarian cancer. (0/15 [0%] vs 20/46 [43.5%] (Fisher’s Exact test P = 0.0012).

Conclusions
Both the pre-clinical and clinical data are mixed in terms of showing an association between AD use and breast and ovarian cancer. The possibility that ADs may exhibit a bi-phasic effect, whereby short-term use and/or low dose antidepressants may increase the risk of breast and ovarian cancer, warrants further investigation. Industry affiliations were significantly associated with negative conclusions regarding cancer risk. The findings have implications in light of the 2009 USPSTF guidelines for breast cancer screening and for the informed consent process.

Scientists should more closely examine whether antidepressant drugs increase the risk of breast and ovarian cancer, according to a researcher affiliated with Harvard University whose review of 61 studies suggested a link.

The risk of cancer increased 11 percent on average for patients taking the medicines, according to a report that analyzed previous data and was published in yesterday’s issue of the peer-reviewed journal PLoS ONE.

The researchers found that 20 of the studies identified a link. The connection was stronger in cases of the most widely used of the drugs, selective serotonin reuptake inhibitors, or SSRIs. Of 16 studies that looked at this class of drugs, which include GlaxoSmithKline Plc (GSK)’s Paxil, 15 detected a higher chance of cancer, according to the paper.

“Reviewing the evidence is a critical public health issue in light of the increasing prevalence of AD use, especially among women, and in light of the fact that one in eight women will be diagnosed with cancer of the breast during their lifetime,” the investigators said in the report.

Lisa Cosgrove, a research lab fellow at Harvard’s Edmond J. Safra Center for Ethics in Cambridge, Massachusetts, and an associate professor of psychology at the University of Massachusetts Boston, led the review. The findings point to a need for more study of SSRI use in women and the link to cancer, she said.

“I would want to consider nondrug treatment if I was mildly depressed, given our data,” Cosgrove said. 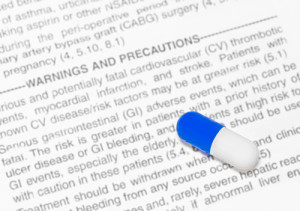 Antidepressants, used by 27 million Americans, are the third most-prescribed class of drug in the U.S. behind cholesterol- lowering medications and painkillers. SSRIs, which raise levels of the chemical serotonin in the brain, have been shown to increase suicidal thoughts and behavior in teenagers and children, and the U.S. Food and Drug Administration in 2004 ordered that the medications carry the strictest warning on their labels.

The first SSRI was Eli Lilly & Co. (LLY)’s Prozac, approved by the FDA in 1987. A message left for Mark Taylor, a Lilly spokesman, wasn’t immediately returned, and a call to his mobile phone wasn’t answered. Sarah Alspach, a spokeswoman for Glaxo, the London-based maker of Paxil, declined to comment because no one at the company had the opportunity to review the study.

Cosgrove and her five collaborators analyzed 26 epidemiological and 35 pre-clinical studies conducted between 1965 and 2010 that tested for a link between antidepressants and breast or ovarian cancer.

The increase in the risk of cancer was based on a meta- analysis of the 26 epidemiological studies. The Harvard project reanalyzed the studies to see whether the combined data would give a clearer picture of the risk.

The individual studies had mixed results. One published in 2000 by Dr. Michelle Cotterchio of the University of Toronto and colleagues showed that compared with no antidepressant use, the breast-cancer risk for women who took tricyclic drugs (an older class of treatments that predates SSRIs) for more than two years doubled. Women taking paroxetine (branded as Paxil) faced a sevenfold increase, according to the same report.

Of the 16 studies on SSRIs in Cosgrove’s review, four found a statistically significant positive association with cancer, based on the original conclusions of the studies.

A meta-analysis can be useful when the initial studies were unable to come to a strong conclusion, were small, or yielded a wide range of results, according to Milayna Subar, national practice leader in oncology for Franklin Lakes, New Jersey-based Medco Health Solutions Inc., a pharmacy benefits company.

“I would not have thought it to be an open question, but a question can be opened again when new data come out,” said Subar, who said she hadn’t seen the PLoS ONE study. “If new data come out and they change the current thinking, it will be debated again.”

The researchers also found differences in the conclusions of studies in which the lead investigator had a connection to a maker of antidepressants and those headed by an independent scientist, according to report. In the 15 cases where there was a drugmaker link, not one study found a cancer link. Of the 46 others, 43 percent cited a risk, the researchers said.

The drug companies weren’t identified in the report. A researcher connection was defined as working for an antidepressant maker; receiving honoraria, research funding or support from one; holding equity in, consulting for or being on the board of such a company; or holding a patent, patent application or royalties on an antidepressant medication.

“The question is certainly open about the link between cancer and antidepressants, but we can say that researchers with industry ties are far less likely to publish studies that link a serious adverse effect to a popular drug class,” said Cosgrove, a critic of ties between psychiatrists and drugmakers.

A 2006 study she led found 56 percent of the 170 doctors responsible for revisions of the Diagnostic and Statistical Manual of Mental Disorders, which influences prescribing practices, had one or more financial associations with drugmakers.

Doctors wrote 168 million prescriptions for antidepressants in 2009, making them the third most-prescribed class of drugs, generating $9.9 billion in sales, according to IMS Health, a Norwalk, Connecticut-based market research firm.

SSRIs were the most widely used antidepressants in the U.S. in 2010, with 135.4 million prescriptions dispensed last year, according to IMS Health.

About 10 percent of Americans took antidepressants in 2005, up from 6 percent in 1996, according to a study published in 2009 in the Archives of General Psychiatry by researchers at Columbia University in New York and the University of Pennsylvania in Philadelphia.

Breast cancer is the second-most common malignancy in women, after skin tumors, according to the U.S. Centers for Disease Control and Prevention in Atlanta. In 2007, the most recent year for which CDC data are available, 202,964 women were diagnosed with breast cancer and 40,598 died from it.

A study published in 2009 found that SSRIs interfered with the breast cancer medication tamoxifen, with tumors more than twice as likely to return after two years in women taking antidepressants compared with those taking tamoxifen alone. The FDA doesn’t plan to amend the drug’s label to include interactions with SSRIs, Erica Jefferson, an FDA spokeswoman, said yesterday in an e-mail.

Another report on antidepressants, presented April 2 at the American College of Cardiology meeting in New Orleans, concluded the drugs may narrow the arteries of middle-aged men, potentially putting them at risk for heart attacks and stroke. The U.S. National Institutes of Health funded that study.