THE BEST WEAPON OF ALL? USING MEDITATION TO STOP WAR AND TERRORISM - MindBody Medicine

THE BEST WEAPON OF ALL? USING MEDITATION TO STOP WAR AND TERRORISM

Knowledge / Articles / THE BEST WEAPON OF ALL? USING MEDITATION TO STOP WAR AND TERRORISM
Share this...

THE BEST WEAPON OF ALL? USING MEDITATION TO STOP WAR AND TERRORISM

With the almost daily reports on grim terrorist attacks across the globe, the search for solutions for permanent peace has intensified.

On December 16, the HuffPost Live reporter Caroline Modarressy-Tehrani hosted a discussion with Bob Roth, John Hagelin and Colonel Brian Rees on how the Transcendental Meditation practice can be used as a tool for increasing peace not only on the level of each individual but also on that of the society.

What spurred the interest towards this topic was an open letter published in International New York Times (December 3, 2015) by the Union of Scientist for Peace in which presidents Obama, Hollande and Putin were called to use meditation as a way to deal with the threat of terrorism.

Below are some of the highlights from the discussion that ensued.

To start off, Caroline Modarressy-Tehrani put this valid question to Bob Roth: “Some people might say: ‘Wait a second, TM and terrorism, maybe that’s a step too far?’ What would you say?”

So the question is, can something like Transcendental Meditation, which has been shown without a doubt to affect an individual and reduce the post-traumatic stress disorder – particularly among veterans of war – be translated to the societal level?”

The evidence for meditation’s “cooling” effect

Next, Caroline Modarressy-Tehrani turned to Dr. Hagelin: “In terms of the application of Transcendental Meditation and in the context of terrorism, where do you see the benefits?”

Dr. Hagelin replied: “Fortunately, what I think is less important than what has actually worked. There’s an abundance of research in the top journals that this amazingly simple approach is very effective.

Everybody in the field of conflict knows that the first stage in the emergence of war is mounting tensions. Acute political, ethnic, religious tensions, when allowed to build, inevitable reach a boiling point and spill over as social violence.

What’s interesting is that if you have a very powerful stress reducing technique like TM, which is used by the military to remove the effects of PTSD, deep stress, and you apply that on a societal scale with even a relatively small percentage of the population, the whole population starts to chill down. Not completely, but enough to keep the stress from boiling over into a war.”

In a recent interview published in Huffpost Impact, Dr. Hagelin laid it out in numbers: 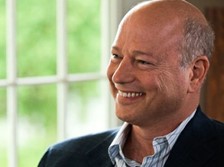 Physicist Dr John Hagelin received his Ph.D. from Harvard University, and conducted oneering research at CERN (the European Center for Particle Physics) and SLAC (the Stanford Linear Accelerator Center). He is responsible for the development of a highly successful grand unified field theory based on the superstring, and his scientific contributions include some of the most cited references in the physical sciences.

“There have been more than 50 demonstrations and 23 scientific studies published in leading peer-reviewed scientific journals. There have been at least seven interventions in the Middle East since the early 1980s, each time reducing war deaths and war-related injuries by an average of 80%, and bringing significant progress towards peace among the rival factions.”

In the Huffpost Live discussion, Dr. Hagelin explained in simple terms how the evidence has been gathered.

In a recent interview published in Huffpost Impact, Dr. Hagelin laid it out in numbers:

“There have been more than 50 demonstrations and 23 scientific studies published in leading peer-reviewed scientific journals. There have been at least seven interventions in the Middle East since the early 1980s, each time reducing war deaths and war-related injuries by an average of 80%, and bringing significant progress towards peace among the rival factions.”

In the Huffpost Live discussion, Dr. Hagelin explained in simple terms how the evidence has been gathered.

“Scientifically, you create a group, then remove the group. You have them [the subjects doing TM] there for two days, you have them gone for three, you have them back again — and then you observe the level of fighting, war deaths, war injuries rise and fall in very strong correlation to the number of people creating peace and dissolving stress in the collective consciousness.

When you publish 40-50 studies like that you end up building evidence that is really irrefutable.”

The need for a new approach to combat terrorism

Dr. Hagelin emphasised that, as with any inflammable situation, prevention is the key. Using meditation to cool down societal tensions and avoiding any military intervention in the first place therefore clearly beats the use of meditation to treat soldiers with PTSD — after the conflict has already escalated into violence and military intervention has become a necessity.

“If you compare this [impact of TM], which has now seven times been used and studied in the Middle East to basically stop war and violence, then believe it or not, there is nothing else as of today that has been shown to be as effective in preventing and stopping war than this very foundational influence on increasing peace in the society.”

Colonel Rees, who has served five turns of duty in Iraq and Afghanistan, added his experience to the discussion: 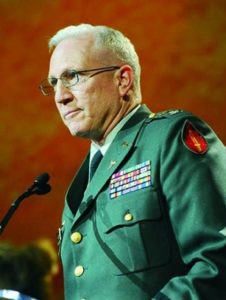 Col Brian Rees, M.D., a family physician and a colonel in the medical corps of the U.S. Army Reserves with over 26 years of commissioned service. Dr. Rees has recently published a book entitled “Terrorism, Retaliation, and Victory: Awaken the Soul of America to Defeat Terrorism without Casualties” that draws upon his wide-ranging medical and military experience.

“Pentagon recognizes that there is no military solution to the current problems in the Middle East and it really is going to take efforts to win this war, the civil war within Islam. That just means changing people’s minds, allow them to be less stressed and less attached to these medieval ideas. And that’s exactly what has been found by the application of the TM technique in these group settings.”

Caroline Modarressy-Tehrani pointed out that in Syria, as in many other conflict zones, the issue of fulfilling even the most basic needs of people has clearly taken precedence. How much could TM help under such difficult circumstances?

Dr. Hagelin responded that any workable settlement would require support from the people, a real decrease and dissolution of the yearning for vengeance. Only then could meaningful dialogue and compromise be established.

“These [studies of Transcendental Meditation groups] were conducted seven times in the Middle East. What happened was that not only did war deaths and war injuries and the level of fighting drop significantly, but there was also progress towards peace among rival fractions. Negotiated truces started to bear fruit and last longer.

Historically, such settlements don’t last very long if it’s only a band-aid approach which does not address the underlying causes of violence – the acute political, ethnic and religious tensions.”

The missing piece of the peace puzzle

What we are saying is, “Add this missing element, because somehow you have to address that build-up of racial, religious, political tensions that have come up for generations.’ That’s not going to be solved by dropping bombs and it’s not going to happen by starving the people or by just signing a peace treaty,” Bob Roth clarified.

As to why the technique works as it does, Dr. Hagelin tried to explain it in lay terms: “We are actually all deeply connected. We don’t see the connections on the physical level, but at the level of quantum mechanics, quantum field theory and unified field theory, ultimately, we are all one.

Consciousness has different levels and on the deeper, quieter levels we are more closely connected that you can see, though you can feel it. Ultimately, that’s where we are in close touch with each other no matter how far away we seem to be [on the gross physical level].”

As Jeanne Ball cleverly put in her recent article, “Collective Consciousness And Meditation: Are We All Interconnected by an Underlying Field?”: “Knowing that we’re all interconnected — on a level deeper than Twitter or Facebook — makes it easy to understand meditation’s silent, transformative influence on collective consciousness.”

Joseph Boxerman, who has participated in the above-mentioned studies, made another important point on the topic in an article published in The Des Moines Register: “The claim sounds preposterous. Interestingly, in 1972 it was considered preposterous that TM could reduce high blood pressure.” Yet, nowadays TM’s effect in reducing blood pressure is no longer disputed.

The price of the world-changing potential

It would be essential to keep this fact in mind – especially in the world where, at least on the surface level, societies seem to be drifting increasingly apart and become more polarized by each passing day.

As Bob Roth put it: “The deeper we go in nature, the more we are connected. And that’s not New Age philosophy, that’s quantum physics. What Dr Hagelin is saying comes from studies published in peer reviewed journals. This isn’t nonsense.”

Colonel Rees added: “This data is fairly incontrovertible. We need to look at these facts and if you are unhappy with the model, with this idea that we are connected on this deeper level, fine. Come up with a different model. But in the meantime, the data we are talking about is incontrovertible, it works.”

“[The cost of it would be] a fraction of what we are spending in one minute of armed combat. If it does not work, it’s another thing that’s failed. But if it does work, then it can really change the world.”