THE GLOBAL BURDEN OF DISEASE PROJECT: THE EPIDEMIC OF CHRONIC DISEASE IN AMERICA IS GETTING WORSE - MindBody Medicine

THE GLOBAL BURDEN OF DISEASE PROJECT: THE EPIDEMIC OF CHRONIC DISEASE IN AMERICA IS GETTING WORSE

The epidemic of chronic diseases such as heart disease, cancer, diabetes, high blood pressure, arthritis, and Alzheimer’s disease, has continued to spread around the world. And, in the United States, where we spend much more than most countries on “health” care the results are worse than many other countries.

Knowledge / Research / THE GLOBAL BURDEN OF DISEASE PROJECT: THE EPIDEMIC OF CHRONIC DISEASE IN AMERICA IS GETTING WORSE
Share this...

THE GLOBAL BURDEN OF DISEASE PROJECT:

THE EPIDEMIC OF CHRONIC DISEASE IN AMERICA IS GETTING WORSE

Once again, Americans pay more and get less for healthcare 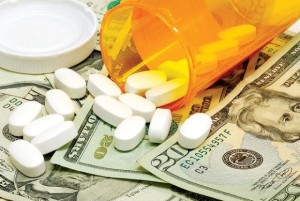 The August 2013 issue of the Journal of the American Medical Association reports on the Global Burden of Disease project, a massive international research program designed to describe the global distribution and causes of a wide array of major diseases, injuries, and health risk factors.

The results show that infectious diseases, maternal and child illness, and malnutrition now cause fewer deaths and less illness than they did twenty years ago.

As a result, fewer children are dying every year, but more young and middle-aged adults are dying and suffering from chronic diseases such as cancer and heart disease, which have become the primary causes of death and disability in America and worldwide. Since 1970, men and women worldwide have gained slightly more than ten years of life expectancy overall, but they spend more years suffering with chronic illness and disability.

For the first time, the JAMA report compares the state of health in the US to that of 34 countries on measures of diseases, injuries, and risk factors, providing computations of years of life lost to premature mortality (YLLs), years lived with disability (YLDs), and disability-adjusted life years (DALYs). A healthy life expectancy (HALE) measurement was computed by taking into account not only length of life but also levels of ill health at different ages.

The epidemic of chronic diseases such as heart disease, cancer, diabetes, high blood pressure, arthritis, and Alzheimer’s disease, has continued to spread around the world. And, in the United States, where we spend much more than most countries on “health” care the results are worse than many other countries with similar economic strength.

While some of this is due to the aging of our population, much more is due to the unhealthy lifestyles, standard American diet, and environmental toxic exposures that constitute the American way of life today. Also, importantly, doctors in America are more focused on giving symptomatic drug therapies than counseling patients to change their lifestyle and mind style in order to reverse chronic illness.

The report comparing the health of countries around the world and showed United States rankings relative to other countries worsened for:

Furthermore: “The United States spends the most per capita on health care across all countries, lacks universal health coverage, and lags behind other high-income countries for life expectancy and many other health outcome measures.”

The Global Disease collaborators concluded what most of us already know about the impact of diet on health: “The largest cluster of risk factors was the composition of diet (greater even than physical inactivity or high BMI), which was associated with 26% of deaths and 14% of DALYs…. The most important dietary risks in the United States are diets low in fruits, low in nuts and seeds, high in sodium, high in processed meats, low in vegetables, and high in trans fats….” They also concluded that, “the risks of diet composition, physical inactivity and low activity, and high BMI are highly intertwined.”

WHO IS RESPONSIBLE FOR THE CHRONIC DISEASE EPIDEMIC? 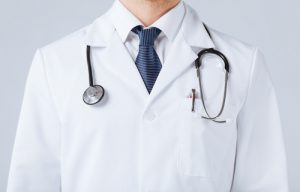 Doctors in our society are trained to treat disease and their main tools are drugs and surgery. For chronic diseases, the vast majority of medications are symptomatic, i.e. they reduce the symptoms associated with the illness, but they do not cure it. The word “healing” has been replaced by “disease management” and patients are seen recurrently in short office visits and given more and more expensive medications

Most doctors do not have the training or time to help patients change the lifestyle and mind style issues that created the disease, so they stay in the medical system, getting more and more treatments as the disease and side effects continue. Since the “disease care” system is profitable for doctors, hospitals and the pharmaceutical industry, it is slow to change until doctors are paid to provide “health care”, or health promotion.

Perhaps the biggest example of expensive and symptomatic health care is bypass surgery, stents and angioplasty for coronary artery disease, the number one cause of death in our society. As Dr. Caldwell Esslystyn and Dr Dean Ornish have shown, a whole food plant based diet is the treatment of choice for ischemic disease as it reduces the atherosclerotic blockage as documented by coronary angiography. But Cardiologists are trained to do angiograms, stents and angioplasty and the hospital CEO would certainly prefer the income from a robust cardiac bypass and stent facility than a nutritionist educating patients in plant based nutrition.

The majority of Americans are sedentary and overweight and they are living in the Age of Stress, where worry, frustration, and anxiety have become normal.

Society’s responsibility:
The pharmaceutical industry spends billions of dollars perpetuating the myth to doctors and patients alike that drugs heal, while the food industry peddles high fat and high sugar foods that are quick and convenient. The news conveys these messages to the public to maintain their advertising income, while food and drug lobbyists pay our politicians to support corporate economic goals.

THE SOLUTION FOR THE CHRONIC DISEASE EPIDEMIC

Integrative, or functional, medicine, returns the responsibility for chronic disease back to the patient by providing education and guidance in healthy diet, exercise, stress reduction and proper nutrient supplementation. The purpose of disease is to get your attention so you can change and reverse the disease. The best treatment for disease is the promotion of health.

Integrative, or functional medicine, provides the tools to evaluate and restore health to the many systems that comprise the wondrous biological symphony of your body.  Digestion, assimilation, immunity, cardiac function, sex hormones, thyroid, adrenal, detoxification, neurotransmitters and much more all work together: you cannot isolate one from the other.

Also, as inconvenient as it may be, the body is governed by consciousness (both conscious and unconscious) and to reverse chronic and serious disease you must heed the “message of illness” and consider the dysfunctional beliefs and emotional issues that are expressed within the fabric of your body as dis-ease. Or, more simply stated, you need to understand the impact of stress.

Consciousness is difficult to fully define, but for simplicity, it is combination of the way we think and the way we feel our emotions (or don’t feel them). Mindbody research has shown that digestion, blood circulation, immune activity, hormone levels are but a few of the systems controlled by the mind. It has been that way for as long as we have lived on earth.

REFERENCES (to mention a few):

The China Study: The Most Comprehensive Study of Nutrition Ever Conducted And the Startling Implications for Diet, Weight Loss, And Long-term Health by T. Colin Campbell