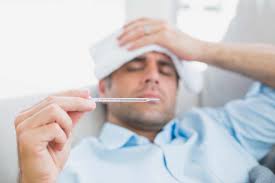 We evaluated the effect of immunization with influenza vaccines on preventing influenza A or B infections (efficacy), influenza-like illness (ILI) and its consequences (effectiveness), and determined whether exposure to influenza vaccines is associated with serious or severe harms. The target populations were healthy adults, including pregnant women and newborns.

Background
Over 200 viruses cause influenza and ILI, producing the same symptoms (fever, headache, aches, pains, cough and runny noses). Without laboratory tests, doctors cannot distinguish between them as both last for days and rarely lead to death or serious illness. At best, vaccines may only be effective against influenza A and B, which represent about 10% of all circulating viruses. Annually, the World Health Organization estimates which viral strains should be included in the next season’s vaccinations.

Inactivated vaccine is prepared by treating influenza viruses with a specific chemical agent that “kills” the virus. Final preparations can contain either the complete viruses (whole vaccine) or the active part of them (split or subunit vaccines). These kind of vaccines are normally intramuscularly administered (parenteral route)

Live attenuated vaccines is prepared by growing the influenza viruses through a series of cell cultures or animal embryos. With each passage, the viruses lose their ability to replicate in human cells but can still stimulate the immune system. Live attenuated vaccine are administered as aerosol in the nostrils (intranasal route).

The virus strains contained in the vaccine are usually those that are expected to circulate in the following epidemic seasons (two type A and one B strains), accordingly to the recommendations of the World Health Organization (seasonal vaccine).

Pandemic vaccine contains only the virus strain that is responsible of the pandemic (i.e. the type A H1N1 for the 2009/2010 pandemic).

Study characteristics
The evidence is current to May 2013. In this update, 90 reports of 116 studies compared the effect of influenza vaccine with placebo or no intervention. Sixty-nine reports were clinical trials (over 70,000 people), 27 were comparative cohort studies (about eight million people) and 20 were case-control studies (nearly 25,000 people). Of the 116 studies, 23 (three case-control and 20 cohort studies) were performed during pregnancy (about 1.6 million mother-child couples).

The protection against ILI that is given by the administration of inactivated influenza vaccine to pregnant women is uncertain or at least very limited; the effect on their newborns is not statistically significant.

The effectiveness of live aerosol vaccines on healthy adults is similar to inactivated vaccines: 46 people (95% CI 29 to 115) would need immunization to avoid one ILI case.

The administration of seasonal inactivated influenza vaccine is not associated with the onset of multiple sclerosis, optic neuritis (inflammation of the optic nerve of the eye) or immune thrombocytopaenic purpura (a disease that affects blood platelets). The administration of pandemic monovalent H1N1 inactivated vaccine is not associated with Guillain-Barré syndrome (a disease that affects the nerves of the limbs and body).

Evidence suggests that the administration of both seasonal and 2009 pandemic vaccines during pregnancy has no significant effect on abortion or neonatal death.