WHY ARE WE SO FRIGHTENED ABOUT CANCER? - MindBody Medicine

WHY ARE WE SO FRIGHTENED ABOUT CANCER?

Knowledge / Articles / WHY ARE WE SO FRIGHTENED ABOUT CANCER?
Share this... 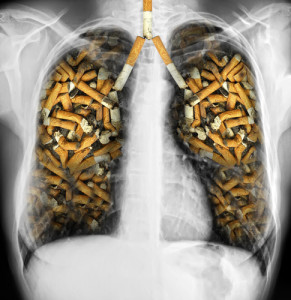 In 2011, 1.5 million people were diagnosed with cancer and 571,950 died from the disease.  For most people cancer is a death sentence, as friends, family and doctors tell us to “be strong and fight” this fearsome enemy.  “Why me?” is a question with few good answers.

We understand the connection between cigarette smoking and lung cancer, but for the majority of cases there is no reason given and we are left confused and disoriented.  It is no wonder that most people believe that cancer jumps out of the darkness and attacks innocent people, which is certainly a disempowering concept.

As more and more people are learning to take responsibility for their experiences, we are told that our life is shaped by our thoughts, concepts and belief systems.  So what are the social beliefs about cancer that we inherit from our family and society?

1. Cancer is a progressive and lethal disease.  Once a cluster of renegade cancer cells has taken root within the body it will grow until it kills the person.

2. Since cancer is so lethal and hard to treat, we must catch it early with diagnostic screening tests, such as PSAs, mammograms, CT scans and the like.

3. If you get cancer, you must go to the Oncologist and he/she will give you the right treatment, usually some combination of surgery, chemotherapy and radiation. If you do not, you will die for sure.

4. If I survive treatment, there is not much I can do but wait for the next CT scan or MRI to see if it has come back.

No wonder people feel helpless and are terrified by the prospect of cancer.  Many people are worried about getting the disease, and if they do, the worry escalates into a hurricane of fear, anxiety and depression.

Let us take a look at these collective beliefs in light of medical research.  While sounding reasonable, cancer screening to catch the disease early is not been supported by scientific data. The impact of cancer screening “on reducing cancer mortality,” says Elaine Jaffe of the National Cancer Institute, “still isn’t proven for a number of cancers.”

The reason is that many cancers are slow to progress or, “indolent”, as scientists call them.  Often they are small clusters of cells that hang out in an organ for decades with no ill effects.

“Early on, the idea of an indolent tumor was just a theoretical construct,” says Barnett Kramer of the NCI. But indolence was found to characterize many neuroblastomas (a cancer of the nervous system), “and then it was found that tumors in the prostate, lung and now breast can also be indolent.” 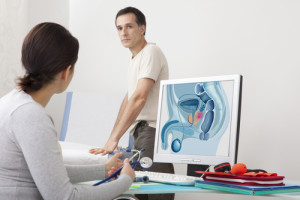 Also, prostate biopsy not only diagnoses cancer cells, but also indicates the virulence, or growth tendency of the cancer cell cluster.  Men with low Gleason scores are often told that “watchful waiting” is a treatment option.

However, most men with an elevated PSA blood test are scared into prostate biopsy and subsequent treatment including radical surgery, radioactive implants and other aggressive therapies that can have debilitating side effects, such as impotence. Because of this over-diagnosis and aggressive treatment for what is often indolent disease, Dr. Richard Ablin, who discovered the PSA test, said in an article published in The New York Times that using the PSA test to screen for cancer has been “a public health disaster.”

Thyroid cancer is another example of how non-aggressive cancer can be in terms of long term growth.  Pathologists in Finland performed careful thyroid biopsies on 101 older patients who died in the hospital from a variety of reasons. Over 1/3 of these people had thyroid cancer cells, but none had the diagnosis of thyroid cancer before death.  Many of the cancers were smaller than two millimeters.

Given the number of small cancers they did find and number they must have missed, they concluded virtually everybody would have some evidence of thyroid cancer in examined carefully enough.  In fact, publishing their findings in the journal Cancer in 1985, they concluded “that the smallest forms of thyroid cancer were so common that they should be regarded as normal findings.

Similar to prostate and thyroid cancer, cancer screening tests are finding more and more people with melanoma, lung, colon, and breast cancer.  For each of these common cancers, the number of new cases diagnosed each year has risen steadily between 1975 and 2005, but the death rate for each disease has remained the same with no rise during the same time frame.

Are we over-diagnosing cancer and subjecting patients to aggressive therapies which may have serious side effects for cancers that may be indolent and never cause a medical problem?

Dr. Gilbert Welch, writing in his book Over-Diagnosed, Making People Sick in the Pursuit of Health, agrees with Dr. Elaine Jaffe of the National Cancer Institute, “ some degree of over-diagnosis is probably the rule in cancer screening, not the exception.”  In other words, small innocuous cancers exist in people that will never progress to symptoms and death, but the harder doctors look, the more of these inconsequential tumors will be found.

In addition to the frequently indolent nature of cancer, a study published in the Archives of Internal Medicine in 2005, 20% of breast cancer spontaneously goes away. The study compared the number of invasive breast cancers in two groups of woman between 50 and 65 years of age in Norway.

The first group was followed from 1992 to 1997 before Norway began using mammograms for breast cancer screening.  This group received only one mammogram at the end of the study.  The second group, also about 100,000 women received a mammogram every two years between 1996 and 2001.

Surprisingly, the second group screened every two years had 22% more breast cancer.  If cancer always behaves in a progressively lethal manner as commonly believed, you would expect the same number of cases in both groups.  The researchers analyzed the data repeatedly and finally concluded that “cancer can come and cancer can go, and what is surprising is how often this occurs”.

The key issue in the Norwegian study is that the woman in the first group did not know that they had cancer.  If they had received a mammogram and then told of their “lethal disease”, the stress of diagnosis would have likely changed the course of the illness from a weak cancer that resolved on its own into a serious and progressive disease.

The foundation of mindbody medicine is the governing influence of the mind on the body. If you take a careful stress history for someone with recently diagnosed cancer, you will likely find a prolonged stress/conflict that precipitates the disease into the body.  If the conflict is resolved in one way or another, the cancer may go away, as with the Norwegian women.  However, if the precipitating stress conflict is now compounded by the intense stress of a “deadly disease”, the coping resources of many people are overwhelmed and the cancer is more likely to follow the predicted course.

In conclusion, Dr Gilbert Welch writes the following in his 2011 book, Over-Diagnosed, Making People Sick in the Pursuit of Health:

We are in the midst of a paradigm shift in how we think about cancer.  Our efforts to find cancer early with screening tests has shown that what pathologists call cancer encompasses a set of cellular abnormalities with very heterogeneous growth rates that vary from very fast to completely static. That’s right, some cancers don’t progress at all.  Some cancers will never make a difference to patients.  The idea that some cancers don’t matter is a radical one for the medical field.

I am not saying that we should not screen for disease and certainly you should treat it if it arises.  If you have a lump in your body or some other message from your body, you should look into it.  However, it is important to understand how powerful your mind is in creating your life experience and your health, or lack thereof.  Fear is a powerful emotion and when it is woven into our individual and collective beliefs it may become a cause of disease.  “What you fear, you draw near” is an idea worth contemplation.